Posted on January 24, 2017 by damewine
ShareTweet 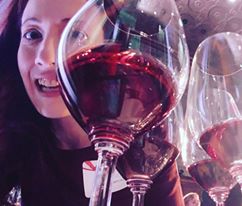 Caught you looking at my Brunello(s)!!!

A while back ago I wrote a post about Sangiovese called “Can Sangiovese Stand Alone?” It was my own personal journey with this grape variety, mixed with experiences that I have had with producers of Sangiovese over the years, grappling with the idea of whether it can work as a single varietal wine. Whether it was initial experiences of simple, quaffable wines or the stunningly sublime, it was always interesting to me that some producers were insistent on Sangiovese being blended, be it with their classic or international siblings. Well, one woman with whom I had never had any interaction on Facebook (or elsewhere) saw my post, exclaimed that she was not going to read it, called me, the writer of the post, some nasty names and was horrified that I would write such a title.

The title was not meant to be controversial. I was actually taken aback by her reaction since it seemed that she loved Sangiovese wines, and many traditional Tuscan producers, outside of Brunello di Montalcino, are strong believers that Sangiovese’s greatness can only be expressed by blending a small amount of other varieties – similar to how some believe this for Cabernet Sauvignon in Bordeaux. I think, without her even looking at my post, she completely misunderstood that I was not questioning the nobility of this variety but wondering how to best display its noble characteristics.

Well, considering the language she used, I decided it was best not to engage and so I will never know her reasoning, but in my opinion, Sangiovese is certainly a grand grape variety that has no problems under the right circumstances producing fine wines completely solo; there is no greater proof then Brunello di Montalcino and their determination to stick to their 100% Sangiovese commitment. 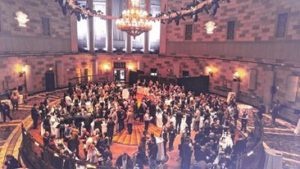 Last week I went to the highly anticipated Benvenuto Brunello which showcased the much talked about 2012 vintage. Recently, Brunello had a stellar 2010 vintage and so many were skeptical that they could have another outstanding five star vintage so soon after. As I sat there just prior to the 2012 Brunello seminar, I started to feel the energy of the room – the feeling of everyone trying to contain their excitement because they thought they would be disappointed if they didn’t. 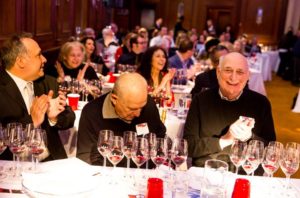 The 2012 vintage was not only jaw dropping in its purity, beauty and ability to give power with ultra refinement, but it, in my opinion, was obviously a different being all together than the 2010. It was unbelievable how silky, round and inviting the tannins were in all the wines. Alternatively, the 2010s are big, bold and firmly structured with plenty of flesh to fill them out – great examples of extremely tannic wines that are balanced with all the right stuff. But those 2010 big daddies will not be ready to drink for a long time. The 2012s had pristine, lifted fruit quality that was ethereal in a way that I had only known top Chambolle Musigny to be – but don’t make any mistake, it wasn’t like Pinot Noir, it was its own expression of celestial nirvana. Since I have never experienced anything like this, and may I say there were some well known Brunello experts who were baffled by it as well in the room, I think it is is safe to say that there is no comparison, or another Brunello vintage that it is like it… it was unique. 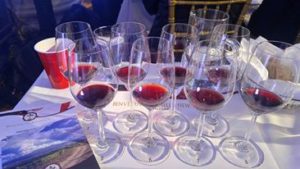 2012 was a year of extremes with lots of snow in February that was needed to fill the water table to combat drought issues, but it also shut down the vines. A wet spring lowered yields by as much as 40 percent, followed by a long, hot summer. It was a nail biter of a vintage that ended up producing across the board exquisite wines. They were like Audrey Hepburn, in the sense that they did not have the classic markers for conventional beauty yet, regardless, lit up the room.

“To be nobody but yourself in a world that’s doing its best to make you somebody else, is to fight the hardest battle you are ever going to fight. Never stop fighting.”

Greatness in Its Own Right

It has been a continued battle for Brunello producers to justify their unyielding commitment to Sangiovese. It was thought that these Sangiovese idealists would eventually get slapped in the face with stone cold realities as they faced many mediocre vintages due to their refusal to allow the blending with other varieties. There was even the “Brunellopoli”, the scandal revealed in 2008 that some Brunello producers may have been adding other varieties to lesser years, but that has long since blown over after conducting analysis of anthocyanins used in the wines which undoubtedly prove that they were 100% Sangiovese.

But even in the face of some of their own producers arguing for the allowance of other noble varieties being blended into the weaker vintages of Brunello, they still came together as a group and agreed that they needed to believe in what they do, believe that Sangiovese from Montalcino can stand alone, that it is enough. If they allowed doubt to take them off their course from their pure Sangiovese mission, not only would they never know the full potential of the variety, the world would never know it either.

I am grateful for the diligence of the Consorzio del Vino Brunello di Montalcino. They, themselves, are an outstanding five star example that you can never win trying to make yourself something that you are not – even if the road is easier- the only way to fight the good fight is by believing that what is uniquely beautiful about oneself is the only way to light up the world.

From the first wine I could tell the 2012 was a very special vintage. It had such a purity of fruit that was lifted, sweet yet fresh, elegant enough to be pleasing to the savory lovers in the room while those who loved fruit and ripe tannins were having a wine orgasm.

–2012 Castelgiocondo, Brunello di Montalcino DOCG (SRP $70): The Castelgiocondo distinctively showed the undeniably beautiful Sangiovese grape front and center with red cherry, jasmine tea and I finally got that seashell note that everyone talks about with Brunello.

–2012 Collosorbo, Brunello di Montalcino DOCG (SRP $50): I found the Collosorbo to be more of a structural wine yet it was just as approachable with lots of fleshy goodness, not one hint of rough tannins and had a pretty rose petal finish.

-2012 La Magia, Brunello di Montalcino DOCG (SRP $40-50): There was more black fruit on the nose – black cherry – with delightful cassis and spice on the palate.

-2012 Le Macioche, Brunello di Montalcino DOCG: This winery is practicing organic. A vibrant nose that jumped out of the glass with lavender oil and rose water. A light yet nimble body that has a super star nose that can be enjoyed all day.

-2012 Loacker Corte Pavone, Brunello di Montalcino DOCG (SRP $75): This winery is biodynamic. The haze in the color is intentional and is a sign that minimum filtering that was employed. Earl Grey tea, powdered chocolate and blackberry preserves with mouthwatering acidity that gave great vitality to these rich flavors. I am extremely impressed by this winery. It is noted that they are 100% biodynamic: all vineyards are actually screened by NDVI sensors (normalized density vegetation index) to check vine vitality, vintage characteristics and grape quality.

-2012 Pian Delle Querci, Brunello di Montalcino DOCG: This wine showed the most “classic” Brunello qualities with savory dried herbs and a touch of tomato leaf although it still had that spirited ripe red cherry dominating its profile.

–2012 Talenti, Brunello di Montalcino DOCG: The Talenti had an intense energy that I found exhilarating; it found harmony with black raspberry jam, graham crackers and a hint of gravelly earth in the background.

-2011 Banfi, Brunello di Montalcino DOCG, Riserva, Poggio Alle Mura ($149.99): There was a New York City representative that talked about this wine since the producer was too busy pouring in the walk around tasting downstairs in the main room. And just like any solid New Yorker, he summed up pouring a 2011 Riserva alongside the 2012 non-Riserva wines by saying, “I feel like I have either been asked to bring a knife to a gun fight or a gun to a knife fight”. But at the end of the day, the 2011 Poggio Alle Mura is everything you want in a Brunello Riserva. Big, bold, firmly structured with tobacco, black tea, rose water and lots of dried red cherry. This wine has never let me down.

It was sad to hear that Harry Mariani passed away last year. He and his brother John introduced Americans to Italian wines with their company Banfi Vintners. My husband and I got to spend the day and evening with John Mariani a couple years back at their property Castello Banfi, in Montalcino, and he seemed very grateful for having such a great, long-lasting partnership with his brother. It was evident that family was everything to him.

Celebrating Wine, Life and Inspiring Colorful People in New York City and Beyond!
View all posts by damewine →
This entry was posted in Dame Wine and tagged Brunello di Montalcino, Italy, Montalcino, Tuscany. Bookmark the permalink.