The Birthplace of Moscato d’Asti: Wandering the Underground “Cathedrals”

Posted on September 15, 2017 by damewine
ShareTweet 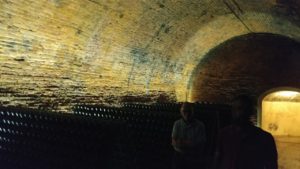 As we descended further and further into the cavernous dwellings, it felt as if we entered another universe, an underworld of serenity that majestically displayed an untold number of  bottles and barrels of wine. Further along, I felt the temperature drop – I started to put my light jacket on as I gazed up at the arches in the ceiling, formed by bricks. I wandered off from our tour here and there, and followed the glow of lights that led me to wondrously large format bottles that were comfortably evolving in this heavenly subterranean dwelling… all of the various tunnels beckoned me to discover the delightful libations aging at the end of each path. I was in the land of Canelli, a place were Moscato grapes have been grown since the 13th century, and explored the Coppo cellars that carry the prestigious subzone “Canelli” on their Moscato d’Asti DOCG wine. 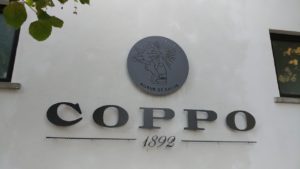 Coppo winery has been around since 1892, and the Coppo family has remained sole owners since that time, making them one of the oldest family-run wineries in all of Italy. We were guided by the founder’s great-grandson, Luigi Coppo, who spoke with great reverence of the historical accomplishments of the previous generations. One of the many Coppo achievements is their “Underground Cathedrals”… cellars that have such distinct architectural allure that they have been recognized as a UNESCO World Heritage site. 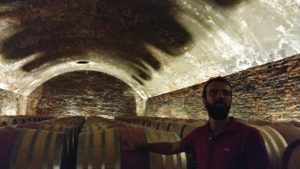 Although we were there to delve into the special qualities of Moscato d’Asti from Canelli, in the area of Asti, Piedmont (Piemonte), Italy, we could not visit Coppo without tasting their famous Barbera d’Asti wines. Luigi’s father and three uncles run the winery and were truly visionaries when it came to taking the grape variety Barbera more seriously; they sought out single vineyards that expressed the different facets of the Asti area as well as employed modern vinification techniques that displayed the structure and intricacy of this famous Piemontese grape. Their work was ultimately expressed in their outstanding Barbera d’Asti Pomorosso, in 1984, which ushered in a new era of high quality Barbera production in the area. 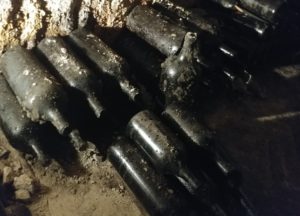 Because of the focus on their well-heralded Barbera d’Asti wines, it is easy to forget Coppo’s importance when it comes to shaping the Moscato d’Asti and Italian sparkling world. It was in Canelli in the 1800s when Coppo made the first Italian sparkling (spumante) wines that were made with secondary bottle fermentation. Although Moscato d’Asti is made in its own unique way that highlights its varietal characteristics, it illustrates Coppo’s long experience and devotion to finding the right sparkling techniques for different styles of wines. Their Moscato d’Asti semi-sparkling (frizzante) has that creamy texture that is ideally sought from a Canelli Moscato. 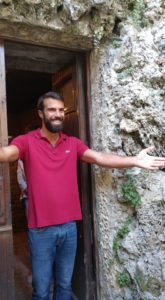 After walking through their extensive “Underground Cathedrals” – 16,400 square feet (5000 square meters), reaching a depth of 130 feet (40 meters) – we ended up emerging into their enchanting courtyard, greeted with a bottle of their Moncalvina Moscato d’Asti. It was the perfect drink to have after such a celestial experience. As I sat there thinking about Luigi’s role within his family winery, a family that already has four strong-minded men running it, I could not help but be impressed by his emotional intelligence. He had a way of making each person, no matter their personality, feel at home and valued. Despite the intense pressure he felt being the spokesperson for his family’s astounding wine legacy, he still kept things fun and playful. Like their Moscato d’Asti, Luigi is complex and has many layers, yet he never loses sight that the most important thing about wine is that it connects people from all over the world and creates experiences that we will never forget. 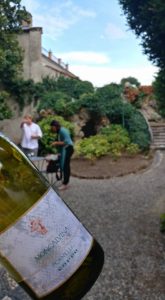 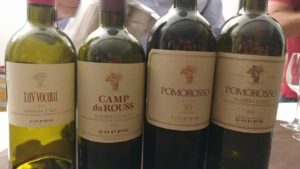 –2016 Coppo, “L’Avvocata”, Barbera d’Asti DOCG, Piedmont, Italy: 100% Barbera. This wine offers great value (around $13) and expresses Barbera in its fun and easy form as it only sees stainless steel vessels in the winery. It has a pretty cherry blossom nose with fresh strawberries and mouthwatering acidity on the finish.

–2014 Coppo, “Pomorosso”, Barbera d’Asti DOCG, Piedmont, Italy: 100% Barbera. This label celebrates the 20th anniversary of the creation of this wine that was instrumental in changing the perception of Barbera. Extremely strict selection of grapes from one of their top vineyards, where an apple tree grows (hence the name), with 14 months aging in French oak barrels, although it is the profound sense of place that makes this wine stand apart from the rest. Sweet blackberry jam and floral notes are dominated by a fierce minerality that gives this wine an elegant drive.

–2000 Coppo, “Pomorosso”, Barbera d’Asti DOCG, Piedmont, Italy: 100% Barbera. It was a nice treat to see a Pomorosso with a lot more age to exhibit its ability to improve with time. Truffle-y goodness was the first aroma to waft into my head, followed by cigar box and roasted nuts. It still had plenty of fruit, with more noted on the palate, and a vigorous finish.