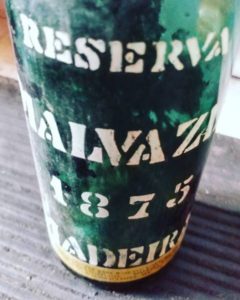 Until I took the Diploma from the WSET (Wine & Spirit Education Trust) in 2009, I had never heard the word Madeira, let alone experienced its earthly pleasures. I was taking the fortified wine segment of the class, and although I knew the liquid delights of Port and Sherry, Madeira was a complete mystery to me. A wine considered virtually indestructible due to the extreme elements that it is subjected to during production and aging, it is a fierce warrior libation that can live long past its fortified brethren. Many past American presidents have obsessed over it… it was even the drink of choice when the Founding Fathers had their celebration after signing the Declaration of Independence. Centuries before that time, in 1478, George, Duke of Clarence, chose to be drowned in a butt of Malmsey (Malvasia) wine when sentenced to death. Damn! Now that must have been some good wine!! 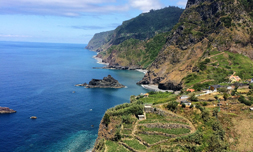 Madeira is an island, part of Portugal, that is recorded to have started making wine back in the 1400s. A remarkable feat since not only is it a mere 459 square miles in surface area, but a significant part of the island has slopes above 25% and so many of the vineyards are planted within the construction of bench terraces, called “poios,” sustained by walls of basaltic stone. Some of my colleagues that have been lucky enough to visit this exotic island said that their plane landing made their heart jump out of their chest – since there is very little available flatland, you have to come in steep!

The relationship between England and France has been one that has historically swung back and forth from love to hate – fighting many wars. And so, during one of their off-again phases, England, a long wine drinking culture, was forced to find wine from other countries. They were able to strike up a relationship with Portugal, and hence Port and Madeira have been favorites among many British wine lovers. But since they were importing wine starting in the 15th century, the wine needed to be fortified with a spirit to withstand the voyage since moderate refrigeration and inert vessels were not available during that time. The Madeira wines in casks were subjected to extended periods of oxidation and heat on the boats while traveling from Madeira to England.

But as the great English proverb says, “necessity is the mother of invention,” and so astonishingly resilient wines were produced that benefited further from fierce acidity, created by many of the varieties used, as well as early harvesting. The heated, oxidative process would not only help to preserve the wines for the trip, as well as long term aging, but they would create aromas ranging from fruit cake to burnt sugar and find an enticing balance of richness and vitality.

And so, although they no longer need to subject the wines to this winemaking practice, they purposely have come up with better solutions to emulate the process but under more controlled conditions, such as the high quality “Canteiro” practice of placing the casks on the top floors of cellars. The best producers will move the casks around, as some areas of the top floor are warmer than others, to guarantee an overall consistency to the wines.

Find What You Love and Let It Kill You

My husband and I were having a conversation the other night about the most painful way to die. Drowning certainly made the top of the list, but I do have to admit that drowning specifically in Madeira makes it somewhat more appealing… as appealing as a death sentence can be. Visually, it is a poetic way to die, and I know for myself, if I buy a bottle of Madeira today, open it, drink some tonight then place the closure back on, it will live long past my body and perhaps even my memory – happy to be outlived by such a divine wine.

***”Find what you love and let it kill you.” –often times attributed to Charles Bukowski but some question him as the source. Basically, all you need to know is that I did not come up with it. Hehehe… 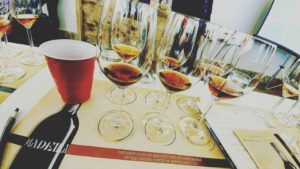 It was great to taste a range of Madeira wines recently at a trade seminar led by kickass wine blogger Joe Roberts, 1 Wine Dude. He has been lovin’ Madeira since 2007 and he made no bones about his passion as he exclaimed, “I’ll drink the crap out of it!” Now, that is what I’m talking about… Here’s the line up: 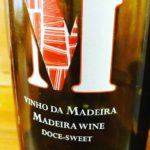 CAF – Madeira Vintners, 3 Years Old Sweet: Madeira Vintners is a new project that is run by an all female team that intends to improve working conditions for women as well as improving vineyards of neglected varieties. This wine blends 60% Tinta Negra and 40% Complexa. A fun, spicy and slightly smoky libation with a medium viscous body that is bright and nimble on the finish. 17% abv & 116 g/l residual sugar. 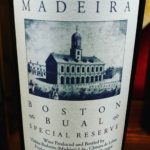 Vinhos Barbeito, Historic Series Boston Bual Special Reserve: Founded in 1946 by Mário Barbeito de Vasconcelos and since then has been continually run by the same family. Blend of 85% Bual and 15% Tinta Negra. Dried apricots and prunes with walnuts and fleshy body. 19% abv and 89 g/l residual sugar. 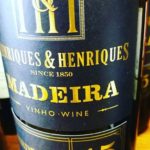 Henriques & Henriques, Verdelho 15 Years Old: Bought by the Henriques family in 1850 and since the last Henriques’ had no heirs, it was left to three friends in 1968 who kept the name. I loved the purity of this wine with lots of tropical fruit such as guava and mango with a hint of sugared chilies. 20% abv and 71g/l residual sugar. 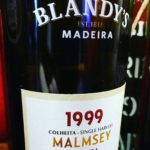 Blandy’s Madeira Wine Company, Blandy’s Colheita Malmsey 1999: If you know anything about premium Madeira then I’m sure you know the Blandy’s producer. They celebrated their 200th year of making Madeira in 2011. Chris Blandy, 7th generation, continues to work within the company. 100% Malvasia (or traditionally called Malmsey). This is classic Madeira to me, with burnt sugar, caramel and fleshy goodness on the palate with hints of baking spice… yet still mouth watering with all these decadent flavors. 130 g/l residual sugar. 20% abv. Also, the most textural of all the wines tasted. Side note: typically Bual and Malmsey get skin contact while Sercial and Verdelho get very little or none. 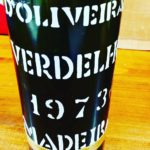 Pereira D’Oliveira, Verdelho 1973: Founded in 1850, one of the classic Madeira shippers, surviving from the pre-phylloxera era. D’Oliveira is one of my favorite producers… mind you there are only 8 producers (6 on the export market) and they are great at what they do since we are talking about small wine production. I guess they are my favorite because I have been able to taste very old vintages from this producer – such as an 1875 Malvasia (aka Malmsey). Orange peel and marmalade dominate the ’73, yet it is still youthful with electrifying acidity, but it was sneaky-ly complex… the only sneaky I like… with volcanic ash and clove rounding out the aromas. Around 20% abv but do not have an exact number on the residual sugar. Verdelho is typically around 60 to 80 g/l residual sugar. 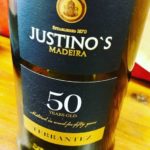 Justino’s Madeira Wines, Justino’s Madeira Terrantez 50 Years Old: Established in 1870. 100% Terrantez. I was as giddy as a school girl trying this wine… Terrantez is a rare variety to find, is prized among Madeira connoisseurs, and I have not been given many chances to try it. It was much more linear on the palate than the others, with an incredible backbone of structure that gave this wine a precision on the long finish. Also, the nose was so interesting with eucalyptus and smoky black tea notes, like lapsang souchong, with zesty lemon drop flavors. 19% abv and 74 g/l residual sugar.