You Can’t have a Rainbow without Rain

Posted on August 31, 2018 by damewine
ShareTweet 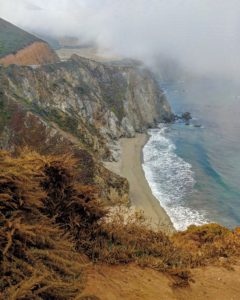 Once we get to a certain place in our lives we sometimes find ourselves revisiting places we had once thought we would never see again. This was my experience going back to one of the most beautiful coastlines in the US, and some might say the world, Big Sur, in the Central Coast of California.

I was first there around 20 years ago…I find it odd to say 20 years ago, but I guess that is what starts happening when you hit your 40s. I was newly married, us only knowing each other a couple months before we tied the knot at City Hall. Not the best decision to make, but what can I say? I was a romantic and I had a lot of issues I was not dealing with at the time. Since I was working a couple of jobs since my first day of living in New York City, I hadn’t had the chance to visit a lot of places – actually, I barely went on a day field trip to somewhere local like the Bronx Zoo, and I didn’t grow up with a family in the traditional sense, so I didn’t have many experiences traveling as a kid. So it was a big deal for me to go out to California, to drive up the Pacific Coast Highway, to be part of something, finally, with a marriage; but when we don’t look at the hard issues that plague us from our childhood, we will most certainly make choices based on our dysfunction and not on the healthy future we are trying to build. A few years later, the marriage ended when my then husband had an affair and my world came crumbling down… a ton of bricks hit me and it took a long time to process what had happened, why it had happened, and just to do damage control.

In many ways I felt I never experienced Big Sur during my initial visit because I had so much pain, anger and complete lack of self worth that I was trying to bury deep inside of myself that it was difficult to feel the beauty of the place. 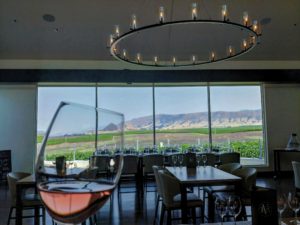 My recent chance to go back out to see Big Sur involved a trip to Edna Valley Vineyard winery – I had actually sold these wines back in the day when I worked on the distribution side of the wine business in New York City and they were always wines that could sell themselves (balanced, elegant, and over-delivering on price). Edna Valley is a bewitching place with gorgeous farmland that has volcanic mountains throughout giving it a dramatic look; it is over 2 hours away from Big Sur and just south of the charming city of San Luis Obispo. 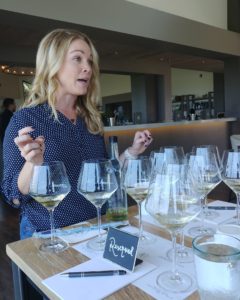 I was able to spend a lot of quality time with Kamee Knutson, winemaker of Edna Valley Vineyard, and despite it being a great opportunity to gain deeper knowledge about the wines that I had already admired (and it didn’t hurt that they had one of the most stunning tasting rooms I have ever seen) it was just an amazing experience to connect with someone who was always present and giving… from the first moment I met her, she insisted on taking off her sunglasses, even though the sun was directly in her eyes and she hadn’t slept that much due to the fact that they had just started harvest, so she could “connect” – and I was thrilled to know she was a yoga teacher on the side.

Kamee is a flame… I was drawn to her warmth and light… I could tell she had a brilliant mind and a hell of a lot of experience but her main priority was to be open and to make those around her feel good. I can see why many people think she is much younger than her actual age because she has a large amount of enthusiasm and approachability that many of us lose as time takes its toll on us. 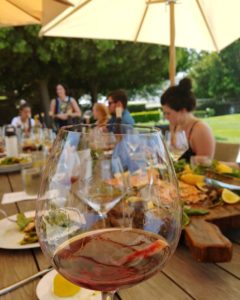 In one moment, during lunch, I was talking to her about vintages and asked her about when she goes back and re-tastes different years if she relives what she went through? Kamee immediately talked about the intense emotion tasting past vintages can evoke and she recalled recently tasting the 2011. It was one of those hellish years where many producers had to make the decision between salvaging what they could save by picking early or taking the gamble to let the grapes hang and possibly improve through time – she picked the latter and was rewarded with balanced wines from a ferociously tough year. But Kamee said she learned a lot through such an extremely stressful experience… she mainly learned that she had what it took to make such tough decisions, especially when she was surrounded by the opposing pull of colleagues who were playing it safe.

“If you want the rainbow, you gotta put up with the rain.” -Dolly Parton 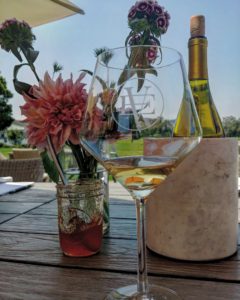 After our discussion, I realized what makes Kamee such a bright light is that she takes each moment for what it is and she opens herself up to it – and when she makes that decision every day, she takes in the good and the bad with the benefit of making the soundest choices at the time. I could not help but think as she vividly described the 2011 vintage as she was telling her story that her present nature made it possible for her to make the best choice, and how I could not really remember Big Sur during my first visit because I was not allowing myself to be present in life at that time. I think 20 years ago I was disconnected from so many experiences because I was terrified of all of the darkness that could come up; I was denying myself of getting to the point where I could enjoy the simple joys that had surrounded me everyday.

Despite my daily struggle to live a life that is ever present, I do have my moments when I feel like I don’t have the strength to keep that intention… but when I meet someone like Kamee, I am given a real life reminder that a flame needs to be exposed to oxygen to thrive and if you try to protect it too much from the elements, it will be extinguished. 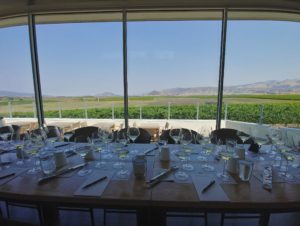 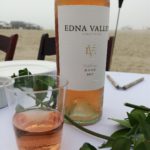 –2017 Central Coast, Rosé, California: Blend of Tempranillo, Syrah, Grenache and Mourvèdre. This rosé had brambly fruit with fresh acidity and spice on the energetic finish. A fun rosé! 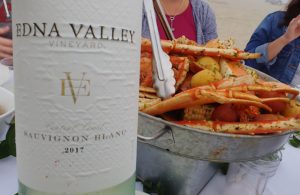 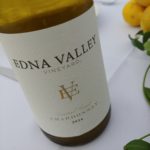 –2016 Central Coast, Chardonnay, Central Coast AVA, California: 100% Chardonnay. A balanced Chardonnay that had juicy peach notes with only a touch of spice that had a moderate body and baked apple on the finish. This is one of their most popular wines and I can see why!

–2016 Central Coast, Pinot Noir, Central Coast AVA, California: 100% Pinot Noir. Black cherry and dried flowers made this wine delicious from first sniff and it had an intense energy that carried through to give it a bright lift.

Edna Valley Vineyard Winemaker Series Wines are only available in their tasting room and express the unique characteristics of specific appellations within the Central Coast.

–2017 Winemaker Series Heritage, Rosé, Edna Valley AVA, California: Blend of Syrah, Pinot Noir & Grenache. This rosé definitely kicked it up to the next level with wild strawberries, salty minerality and orange blossoms making the view of the volcanic mountains of Edna Valley even that much more enchanting. A velvety texture with a zing of tart cherry on the finish made this rosé a food-friendly companion. 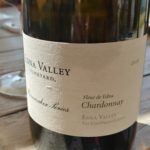 –2015 Winemaker Series Heritage, Chardonnay, Edna Valley AVA, California: 100% Chardonnay. Sourced from their “Heritage Block” of Chardonnay planted on its own roots in 1973 (not grafted), the combination of the Tepesque clone, climate and vine age results in lower yields with more concentrated flavors. Ripe nectarines with a touch of crème brûlée and nutmeg with a fleshy, sultry body that had a long, flavorful finish.

–2017 Winemaker Series Heritage, Fleur de Edna Chardonnay, Edna Valley AVA, California: 100% Chardonnay. The Wente Chardonnay clone was used which retains its acidity and gives the wine a delicate floral note. Although this wine is “Chablis-like” in its style, it is 100% Edna Valley cool climate Chardonnay and shows the diversity of the various micro-climates in the area. Lemon zest, green melon and an intoxicating perfume that had a fierce, linear body that was taut and exciting. 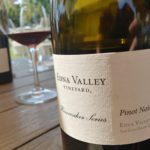 –2015 Winemaker Series Heritage, Pinot Noir, Edna Valley AVA, California: 100% Pinot Noir. The Central Coast is Chardonnay and Pinot Noir country and this ‘Winemaker Series’ Pinot Noir from Edna Valley is proof of that. This wine is a special beauty that gives layers of stunning aromatics such as lilacs and cardamom with restrained fruit of wild cherries that has a long, linear finish that was impressive with its delicate nature. 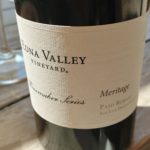 Edna Valley Vineyard Reserve wines are made from the top selection of their grapes of the Central Coast. 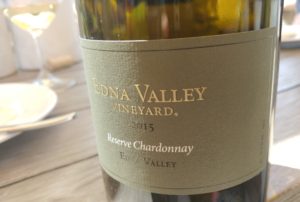 –2015 Reserve, Chardonnay, Edna Valley AVA, California: 100% Chardonnay. The Reserve Edna Valley is their richest Chardonnay, keeping in mind that their overall style is fresh and restrained. Kamee Knutson, winemaker for Edna Valley, called this the “Dolly Parton” of her Chardonnay wines and I thought that was the ideal descriptor. Dolly Parton may have been mostly known for her superficial outside appearance but she is a brilliant, extremely talented woman (writing many hits for other singers) who has quietly given large amounts of money to charities over many decades; so there is a lot more than meets the eye. The same can be said for this wine with its immediately satisfying notes of caramelized pineapple, salt water taffy and an underlying wet stone note that makes this wine regally decadent with an inner core that is elegant and all about being a class act. 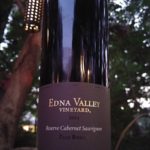