The Road that will Last

Posted on August 29, 2018 by damewine
ShareTweet

Rambunctious laughter along with the faint smell of Pringles snack chips drifted around the huge bus that was speeding down the main roads from Venice to Bologna in Italy. One would think we were a bunch of long-time friends as we chuckled at the idea of the bus driver pulling over because the lower hatch, which kept our luggage in the lower compartment area, wasn’t completely shut, imagining our baggage sprawled along the highway. But we weren’t friends, or colleagues; we weren’t even acquaintances… we were complete strangers who all shared one thing in common: our plans to travel home that day got completely derailed.

I had just finished a trip to Veneto, Italy to take workshops with Vin Natur (an organization that defines the parameters of making natural wines), started by one of the founding fathers of natural wine Angiolino Maule. While there, I delved into their research and work to deliver consistently high quality across the board while making wines naturally. I ended up blind tasting over 150 natural wines, mainly from Italy, while surrounded by the beautiful carvings in the monastery where the events were held, in the charming town of Vicenza, which was a reflection of the grand ideals these wines lived up to… it was an incredible experience with global wine experts from around the world in attendance.

At the end of these work trips, I am always exhausted because I give every ounce of energy I have to the task at hand; also, being away from my husband takes its toll and I start to get homesick so I was looking forward to getting home at soon as I could. I arrived early at the Marco Polo airport in Venice (an international airport I have flown in and out of many times) because it is notorious for being a relatively small airport that is consistently overwhelmed by the number of travelers that pass through it. I have heard of many people missing flights out of Venice, despite their early arrival, because of the copious, seemingly endless lines that one needs to navigate just to get anywhere near their gate. But on this particular morning, it was not that bad and I actually got to the gate quite early, only to find out shortly afterwards that there was going to be an hour delay.

Although I did not look forward to staying an extra hour in the cramped Venice airport, it should have still been possible to catch my connecting flight in Dublin, Ireland… then came the dreaded news that there was going to be a 2 hour delay which unsettled my stomach – I would not be able to make my connection to New York City. I scrambled to look for later flight options out of Dublin, but before I knew it, people around me were saying, “The flight is canceled!” What made this particular situation even more stressful was the idea that there were no representatives from our airline, Aer Lingus, in the Venice airport and to make matters even more complicated, there was a language barrier that made it difficult for us to understand the situation from the Italian airport employees. When my fellow passengers and I approached the desk in a desperate plea to get answers to our fate, we were met with such perplexing replies as, “You need to figure it out with them” to which a few of my fellow passengers shouted “Aren’t YOU them!?!” All of us on that canceled flight quickly realized that we could only rely on each other… we needed to get to know each other quickly, look out for each other, share information, and most importantly, make sure that no one was left behind. 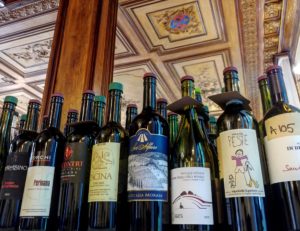 Angiolino Maule and his colleagues got to a similar point when they realized that the only way they could improve and promote natural wines was to depend on each other. Angiolino is a legend with a loyal following but his legacy is not just about his own family winery, but he is passionately trying to bring integrity back to the world. He has gathered a diverse group of people to sit on the executive committee of Vin Natur, ranging from other natural winemakers to scientists to former commercial winemakers, which oversees a membership of over 200 who benefit from the research and resources of the collective group. Vin Natur expects their members to not only keep their production methods within their guidelines to be considered a natural wine, but they also expect the wines to be fault free. They believe both of these ideals can live in harmony when like minded people combine their energies. 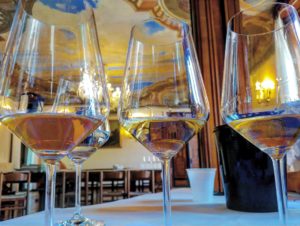 It was interesting to learn that in 2016, 4 of their members’ wines were found to have pesticides when they analyzed 150 samples from their group, as the producers were genuinely shocked. Later on it was found that a couple of producers were buying “organic” treatments from a company that did indeed include pesticides in these treatments and so those producers stopped working with that company. A year later, none of the samples contained any of the 188 different pesticides that Vin Natur has identified, and as a group they were happy to give the producers that had tested positive for pesticides in 2016 another chance, which in 2017 they passed the analyses with flying colors having no pesticides. Despite the group taking any sort of misstep against their rules seriously, with possible revocation of membership, they give their members a chance to redeem themselves the next year as many of these small producers simply need help and guidance, and in the above case, they need to be protected from unscrupulous companies trying to make a quick buck.

Back in the Venice airport, I was shoving a caprese sandwich and a large can of Pringles (I was not limiting myself to the travel size this time!) down my throat because we were given a “one hour” lunch break before we had to return to board a bus that would take us to Bologna to catch a flight that would get us to Dublin around 10pm, to connect with hopefully other flights to get us home the next morning… but within the first 15 minutes of our hour long break, one of the other passengers grabbed my arm and said, “The bus is leaving now!” I was on the phone with my husband, who I was catching up with at the time while trying to eat the fastest meal of my life, so I told him, “I gotta go!” and hung up the phone as I raced outside. I couldn’t blame the Venice airport staff for wanting to get rid of us as soon as possible, albeit with a “f@(k you” look on their face as we loaded the bus; earlier, a couple of the passengers understandably flipped out on that same staff who were really just trying to relay the limited information they were given at the time. It was simply a bad situation for all parties involved. But if it wasn’t for my fellow passengers having my back, I would have been stranded in a very tough position.

All of Us Would Have Had Each Other 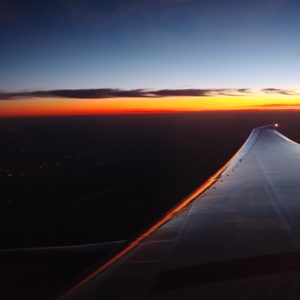 Once we got to Dublin, the staff at the Aer Lingus desk more than made up for what had happened and we ended up spending a free night at a nearby hotel, and before any of us knew it, it was the next morning and we were running to our gates to go back home, but not without having a moment to say goodbye to each other. One of the things that most of us had major anxieties about was the thought of having to spend the night in the airport and all of us expressed our relief that it was not the case in our farewell. But one of the women said, “It would have been fine because all of us would have had each other.” And I found out that many of us had envisioned all of us sleeping in a circle with our bags piled up in the middle, protected by our collective tribe. It was bittersweet to say goodbye in that moment, as I knew we would never see each other again, but it renewed my faith that there are people who wholeheartedly believe in the power of community – even if it is only for a 24-hour span while trying to get back home.

That is why Vin Natur will succeed where individual producers have failed in the long term. They are not taking the easy road, but by gathering and preserving a group that is trying to accomplish a lofty goal, it is the road that will last.

It is always complicated to taste a large amount of wines blind within a short amount of time, and so, the following wines weren’t the best of the lot per se, but just stood out in that moment as some may have needed more decanting than others. Of course, considering that the majority of the Vin Natur members are located in Italy, the below list should not indicate that a particular country is better at making natural wines than others.

The following list is only in the order of how the wines were presented in the blind tasting.

–2016 Tenuta Belvedere, “Wai”, Lombardy, Italy: 70% Pinot Nero and 30% Riesling Italiaco. Another frizzante knock-out with fierce minerality that had a tart, lively edge and a lifted finish. 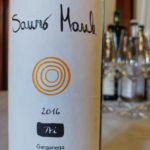 –2016 Il Cavallino di Maule Sauro, “Pri”, Veneto, Italy: 100% Garganega. Sauro Maule, no relation to Angiolino Maule, is one of Angiolino’s students who made him proud by being one of the top wines, scored highly by all the judges. This white wine was generous and complex with pure fruit and bright acidity. 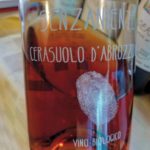 –2016 Marina Palusci Az. Agr., “Senzaniente”, Abruzzo, Italy: 100% Montepulciano. Elegant wine (I know it is strange to say this with the Montepulciano variety) that gives pretty fruit, minerality and good energy. 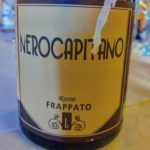 –2017 Lamoresca di Rizzo Filippo, “Nerocapitano”, Sicily, Italy: 100% Frappato. Nimble yet concentrated with red and black fruit and a touch of earth, good structure and shape along the long length. 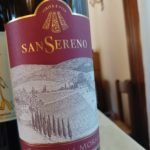 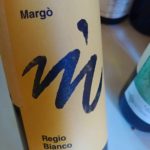 -2016 Cantina Margò, “Bianco Regio”, Umbria, Italy: 100% Trebbiano. This wine would not be for everyone but I really liked the oxidative quality as it was done well. Rich nutty and spicy notes and lovely minerality on the finish.

–2016 La Biancara Soc. Agr., “Pico”, Veneto, Italy: 100% Garganega. Serious natural wine fans will know this wine… from the man himself, Angiolino Maule, and his top wine “Pico”. I scored this wine high on “authentic character” and said “great sense of minerality” which was evident from first sip to finish. Orange peel and beautiful fruit expression made this wine a pleasure to taste and it had a great zing throughout. 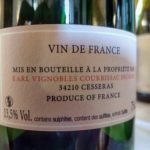 –2017 Domaine de Courbissac, “L’Orange”, Languedoc, France: 70% Marsanne with a blend of Muscat, Terret and Grenache Gris. This orange wine was just so enjoyable to drink with notes of orange blossom and chalk with an overall elegant, pristine quality. 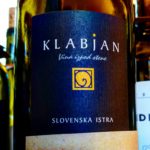 -2015 Klabjan, “Malvazija”, Istria, Slovenia: 100% Malvasia. This orange wine scored third to highest when I tasted it blind and it was my favorite orange wine. I have no experience with Slovenian wines and considering two other Slovenian producers scored highly for me as well, Reia and Kmetija Štekar, I’m thinking I better seek more out. This wine was multifaceted with flowers, stone fruit, minerality and it was vibrant with an extraordinarily long finish. It was a WOW wine! 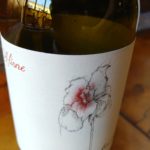 -2011 Podere Giocoli, “Alione” Chianti, Tuscany, Italy: 80% Sangiovese and 20% Canaiolo. A lovely nuanced wine that showed the beauty when Sangiovese and Canaiolo work together with overall finesse that finished with an intoxicating smell of wild flowers.