Conscious Custodians Bring Back the Beauty that was Lost 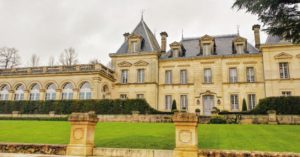 Every time I see a grand limestone French château, it is always a heart stopping moment. I remember imagining them when I was a young adult reading up on French history in a tiny, dingy library in my unsavory NYC neighborhood over 20 years ago. It was my only way to escape the grit during those times. It seemed like an impossibility to actually witness such a place with my own eyes but life can be funny, and through the twists and turns, some good and some bad, one can end up in the most interesting places. One such exquisite château that I experienced recently is Château Fonplégade, a Grand Cru Classé in the UNESCO World Heritage Site Saint-Émilion, in Bordeaux, and interestingly enough, it was bought by an American couple, Denise and Stephen Adams. 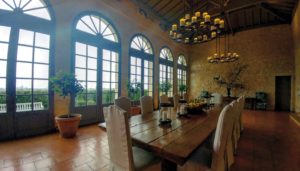 During our visit to Château Fonplégade, we were greeted by Denise and her director and technical manager, Eloi Jacob, for a tour of the vineyards, winery and the château. There was so much thought put in every aspect of Château Fonplégade – from the warm and inviting gift shop and sitting area, to their cellars using partial Austrian oak to express their limestone plateau vineyards, to their dedication for every single vine on their land with their commitment to organic, certified with Ecocert in 2013, and to biodynamic practices, fully biodynamic in 2017 and waiting for the certification.

The Vineyard is the Heartbeat 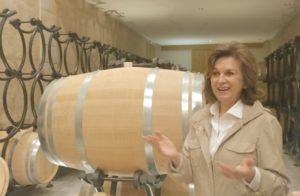 Denise said that they like to think of themselves more as stewards of this special piece of land than simply just property owners. She grew up on a farm in the Midwest and so she finds herself happily spending the majority of her time in the vineyards and lives at Fonplégade most of the year. Denise and her husband always loved traveling to Bordeaux and dreamt of owning a château with vineyards which seemed impossible for so many years since the opportunity was never there… until one day when they visited Château Fonplégade. Although this château needed lots of work to restore the buildings as well as the vineyards, Denise could see the potential and she spent many years, since first purchasing this estate in 2004, with her head down trying to bring back its former glory. 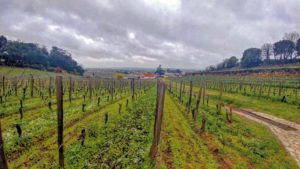 Denise found out that Jean-Michel Comme, technical director of the famous Grand Cru Classé Château Pontet-Canet, had a special connection to this property. Jean-Michel and his wife Corinne have been leaders of the biodynamic movement in Bordeaux, making international news converting Pontet-Canet to biodynamic, and they have their own biodynamic vineyards that are within driving distance of Fonplégade. Denise said that she was taken aback by the connection that Jean-Michel has to the Fonplégade vineyards as she said, “There is a place in his heart for this vineyard. It moves him in a special way. So when I invited him over he couldn’t stop thinking about it and he has been working in this way (biodynamic) for many years and he and his wife said they were happy to help out in any way.”

When Outsiders Become Part of the Tribe 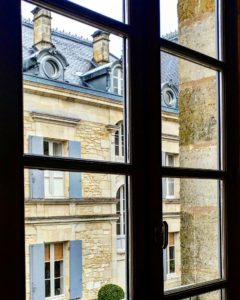 Sometimes I think there is an unfair prejudice to “outsiders” buying estates in places like Bordeaux, as the judgment is already passed down before they have been given a fair chance. But I do understand the community itself having a wait and see attitude – because it takes time to truly know someone’s intention. Denise said that at first they didn’t feel completely accepted, and she understood that the people of Saint-Émilion needed to know if Denise and her husband were there for the long haul. She said the turning point where the community opened their arms to them was when they rebuilt the East tower of the château that was burnt down during WW II. Denise is not only a person of the land but, with a degree in art history, she had a profound respect for the importance of restoring the tower as a cultural symbol of the area. Now there is an outpouring of invitations sent to Denise and her husband and their social calendar is booked with Saint-Émilion community gatherings. On the day I visited, Denise had to excuse herself early as she was being inducted into the Jurade of Saint-Émilion, the appellation’s vinous brotherhood, which now includes non-French as well as female members.

I’m not saying that it always works out for the community when an outsider buys a beloved wine estate, but if we pride ourselves on being open-minded people, then we need to fight that impulse of throwing stereotypes around, no matter the situation. It warms my heart to see Saint-Émilion opening their heart to Denise and Stephen Adams as well as them being truly ideal examples of conscious custodians that are bringing back the beauty of an estate that at one time seemed lost.

Side Note: 9 native yeasts from the Château Fonplégade’s vineyards are used in the below wines that were based on blind tasting each native yeast they found and selecting the ideal expression of their terroir. 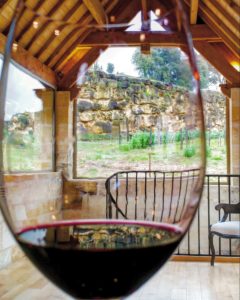 –2015: 95% Merlot and 5% Cabernet Franc. Rich body with firm, elegant structure that had notes of red currants, wild flowers, tobacco leaf and a saline minerality on the long finish. Harmonious with supple fruit that fleshed out the finely etched tannins.

–2016: 90% Merlot and 10% Cabernet Franc. Muscular structure with incredible balance of fresh acidity, juicy fruit and layers of complex notes of exotic spice and chalky limestone note that expanded on the finish and wafted in my head as I remembered it for the rest of the day. This will be stunning with some cellaring. 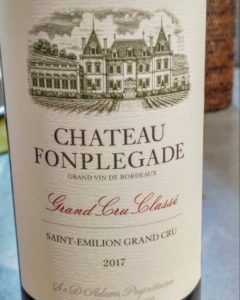 –2017: 90% Merlot and 10% Cabernet Franc. Pristine, lifted fruit was really breathtaking with added layers of star anise and dried rose petals with a pure and energetically sustained fruit that was touching with its unbridled expression of pretty fruit quality. The tannins were well-integrated and more of a linear shape drove this wine keeping it refreshingly addictive after every sip.