Posted on April 28, 2018 by damewine
ShareTweet

A lie that so many of us tell ourselves is that we are all alone, that our actions have little effect on the rest of the world, and the rest of the world has little effect on us. We take that idea even further thinking that somehow, the only way to succeed is to be in direct competition with other countries instead of realizing that all of us are affected by the same global tide that brings us up at times, and unfortunately, at others brings us down.

Ehlers Estate is a 100% estate grown winery tucked away between Howell Mountains and the Mayacamas in Napa Valley; interestingly enough, this winery is an ideal example of bringing the French wine tradition together with the spirit of American entrepreneurship. Ehlers Estate was established during the times of the Wild West when Bernard Ehlers, a Sacramento grocer who made his fortune by selling prospecting tools to those in search of gold, built the stone barn winery in 1886 and replanted the vineyards surrounding it. Ehlers Estate would go through a few owners before they found their true custodians in Jean and Sylviane Leducq.

Jean and Sylviane were a French couple that married at the end of World War II whose love for food and wine was at the center of their mutual passion for life. Although they were proud of all things French, their lives were enhanced by expanding their various businesses into the US where Jean’s entrepreneurial spirit thrived.

Jean’s love for America was cemented in the mid-1970s when he suffered from a suspected heart attack and was later treated at the Mayo Clinic in Rochester, Minnesota, where he was the beneficiary of the then-revolutionary technology of coronary artery bypass surgery. His heart may have been born in France but it was saved in the US.

The Leducq’s love for Bordeaux wine and Jean’s feeling that anything was possible in America led them to buy Ehlers Estates in Saint Helena, Napa Valley. At first, in 1987, it started with few acres until they were able to purchase the stone winery, built in 1886, and reunite the original 42 acres (17 hectares) together. They only have the highest standards as they believed that their piece of Napa heaven could be as good as the top Bordeaux wines they had enjoyed throughout their life. 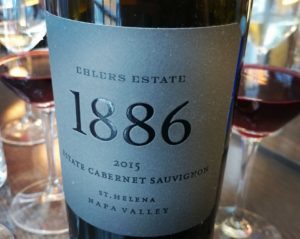 What better person to become the winemaker for Ehlers Estate, the Leducq’s baby, than someone like American Kevin Morrisey, with whom I was able to have lunch a little over a week ago. As a cameraman in his previous profession, he found himself many times in France, especially Paris, and was raised going on VW camper trips across Europe with his parents. At the age of 35, after a decade-long career in film, he would find his true destiny on the winemaker path. After studying at the top enology school in the US, UC Davis, he was determined to have an internship with one of the best producers in France, and some may argue the world, Château Pétrus, and yes, they finally accepted him after he bombarded them with calls, emails and faxes. Then, after working at a couple of the top wineries in California, he finally completed the circle by bringing his French and American sides together becoming the winemaker of Ehlers Estate in 2009.

Ehlers Estate was already 100% organic and farmed using biodynamic practices before Kevin arrived which made it that much more of the right fit since both of his daughters were raised in Waldorf schools – based on Rudolf Steiner’s educational philosophy (he was also the founder of biodynamic agriculture). In Ehlers Estate, Kevin had found a company that embraced the same values and high standards that he set for himself everyday with a holistic philosophy that brought everything together.

Jean Leducq passed away in 2002; his wife, Sylviane, led their Leducq Foundation for cardiovascular research, founded in 1996, until her death in 2013. The Leducqs had sold all of their companies so they could place them in a trust to support their Foundation, but it was their wish that Ehlers Estate still continue to make the finest wines. It is a unique ownership situation where the winemaker, Kevin Morrisey, is free to run the winery without compromising its original ethical intentions that are aligned with his own, that involves the holistic viewpoint that humans and the environment are a single system, and a deeper view that living in our isolated bubble on the globe so we may prosper is an illusion – the only way to truly thrive is to open ourselves up so we can gain knowledge and support from each other.

“There’s no better expression of who I am, what I stand for, what I believe in, my experience, passions and practice than what goes into our bottles.” –Kevin Morrisey

All of us wonder, more and more as time goes on, what will we leave this earth when we are gone? What will be our legacy? It fascinates me that the Leducqs wanted this winery to surpass them more than any other venture… it must have represented everything they found to be the best in the world. They were lucky enough to find the right person to pick up the baton to carry on the idea that we are only as good as the world that surrounds us.

Now what baton will each of us pick up and carry, and ultimately which one do we want to remain long after we are gone?

Kevin Morrisey’s goal is to make vineyard-driven wines with elegance and finesse that speaks of his values and high standards. 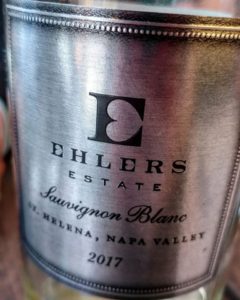 –2017 Sauvignon Blanc, Saint Helena, Napa Valley: 100% Sauvignon Blanc. No intense green notes but plenty of zesty citrus peel with mango and orange blossoms yet still a nice amount of weight on the mid-palate. Impressive richness in body considering no oak and no MLF. 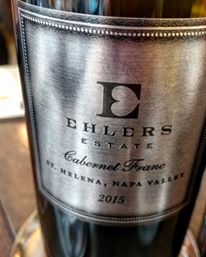 –2015 Cabernet Franc, Saint Helena, Napa Valley: 100% Cabernet Franc. This Cabernet Franc is DANGEROUS! Complex, elegantly structured, generous and juicy, it is a wine that delivers on so many levels. The 2015 gives black raspberry fruit with toasted spices and fresh thyme on a fleshy body that has a nice backbone of acidity. 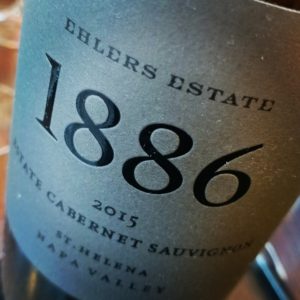 –2015 Estate Cabernet Sauvignon, 1886, Saint Helena, Napa Valley: 92% Cabernet Sauvignon, 4% Cabernet Franc, 3% Merlot and 1% Petit Verdot. A great example of opulence and grace existing together with lush black cherry fruit and sculpted tannins that brought a stunning elegance to the feel of this wine with hints of espresso and smoky minerality that had a nice backbone of acidity carried through the long finish.