Do We Truly Know Any Wine Grape Variety?

Posted on January 18, 2018 by damewine
ShareTweet 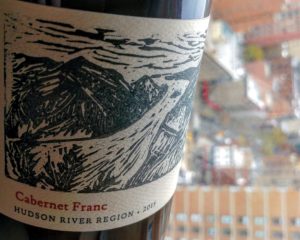 There has been a lot of social discussion with regards to the #MeToo movement involving women not only being sexually harassed, but also demeaned in the work place; in some cases, women aren’t given the same opportunities as their male counterparts since they have a lower perceived value. My friend and colleague Julia Coney took this issue to another level by addressing the difficulties of being an African-American woman in the wine appreciation world. It makes me think that perhaps we can never know some people’s full potential because society has never given them that chance.

It is always fascinating to me how our own societal issues reflect themselves in wine. There is no doubt that those noble grape varieties known around the world, such as Chardonnay and Cabernet Sauvignon, are capable of greatness, but there are so many that are under the radar. Some varieties have had the good fortune to be recognized by being at the right place at the right time creating a legendary status that others will never reach. As the costs of making wine, as well as the property taxes in certain wine areas, have dramatically increased, placing any serious focus on a variety that will not at least break even monetarily just doesn’t make sense. The fact that most wine consumers are only comfortable paying a high price for a “legitimately sanctioned” variety has already set the destiny for many of the unknown grapes that are capable of making fantastic wines.

A little over a year ago, Kathleen Heitz Myers, President and CEO of Heitz Cellars, said in a Napa Valley wine seminar that they had to decrease the plantings of their Grignolino; although it has a small cult following, they can only charge so much and the property taxes in Napa, as one can imagine, just keep getting higher and higher. 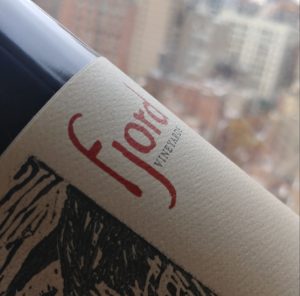 This leads me to Cabernet Franc and the importance of a Cabernet Franc Day, created by Dracaena Wines. Cab Franc is a grape variety that is an important part of many great Bordeaux wines, especially from the Right Bank; for example, it makes up between 50-60% of the blend of Cheval Blanc. It is one of the parents of Cabernet Sauvignon, the other parent being Sauvignon Blanc. But, ironically, there are countless people who have never heard of Cabernet Franc, despite its famous child bearing its name Cabernet.

The Loire Valley, in France, has become one of the classic places for Cabernet Franc, but it was not an area that was able to gain prominence when “classic wine regions” for reds were being dictated. Also, the style, which is generally a lighter, less extracted, more aromatically packed, than palate filled one, doesn’t hit you over the head with power and there have been few champions of it that can reach a large audience.

But with social media frenzies like Cabernet Franc Day and struggling wine regions in New York State, such as Finger Lakes and Hudson Valley (yes, I actually said Hudson Valley!), and El Dorado County in California, the variety is starting to be respected by a small group of people, whose number grows each year… as I have researched Cabernet Franc wines globally, I realize that there are all these small pockets around the world growing it.

Figuring out the potential for an unfamiliar grape variety which has been historically given little investment or support can be extremely tricky, akin to when we think of our own potential, it becomes a question that, for some, never fully gets answered. If we imagine that we were born in a different set of circumstances, whether better off financially, emotionally or culturally, would we have become different people? And would one of those lives have had more opportunities for a successful life?

For me, I think every life has its ups and downs, unfortunately some have more downs than ups, and I don’t think success hits you one day and then you coast for the rest of your life in happiness. One can never take for granted that once their turn has come, it will be up, so as to make room for someone else. And as long as you are rooted in finding joy in doing the work itself as well as staying close to your loved ones and people who share the same ethics, then your path will always have joyful moments during the roller coaster times. 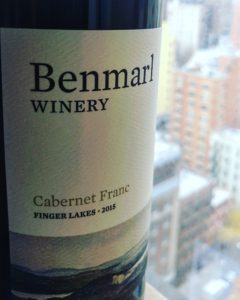 –2015 Benmarl Winery, Cabernet Franc, Finger Lakes, New York: This wine displays everything I love about top quality Cabernet Franc from the Finger Lakes: a delicately beautiful nose of raspberry fruit, wildflowers and autumn leaves with mouthwatering acidity that gives nice vitality to the body. After being so impressed with this wine and the below Hudson Valley Cabernet Franc (made by the same winemaker Matt Spaccarelli) I looked them up and realized that they have been winning awards and knockin’ peoples’ socks off. Read more about them here on the Hudson Valley Wine Goddess website.

–2015 Fjord Vineyards, Cabernet Franc, Hudson River Region, New York: I HAD NO IDEA THAT HUDSON WINES COULD BE THIS AMAZING! An incredible concentration of aromas and flavors with sweet cherries, violets and cinnamon with supple tannins – MY GOODNESS IS THIS DELICIOUS! 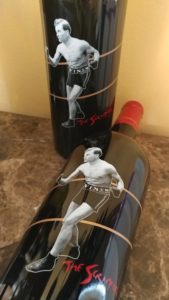 –2013 Vinum Cellars, “The Scrapper”, Cabernet Franc, El Dorado County, California: Kudos to Vinum Cellars, located in Napa, sourcing Cabernet Franc fruit from low yielding vines in the Mountains of El Dorado – only a few hours from Napa Valley. A big, bold wine with a deep ruby color and seductive cassis, hints of dark chocolate and lots of muscle that makes it a serious knockout! I recently discovered El Dorado County during the last Wine Bloggers conference.