At the end of the day, the greatest wine is red.

Posted on February 25, 2015 by damewine
ShareTweet

I promise, I am not trying to be provocative. This is a past Masters of Wine question, and due to that fact, and the fact it seems like it will be a lot of fun to tackle… I’m taking the challenge of trying to answer it.

I started thinking about this essay when my store was visited by Marc Perrin, one of the family members of Château Carbonnieux. Since Carbonnieux is in the Pessac-Léognan (Graves) instead of the Haut-Médoc in Bordeaux, it is known more for their whites than their reds. At this tasting, we discussed how the Carbonnieux white sold itself on reputation alone, but the red needed some hand selling. But the red is still more expensive than the white. Why?

Historically red wine, as far back as we can remember, has garnered the most amount of praise from wine critics. If you are known as a wine professional or wine connoisseur, then the most common question that you are asked is, “Do you prefer red or white?” And the answer at one time would have been “RED”… but times have changed. Many in the trade and wine geekdom world know that it is not such an easy question to answer.

But let’s go back to that vulgar subject: Money

In general, red wines will always command more money than white wines. Even when Burgundy came out with their mind blowing 2010 whites, the reds were still more expensive than their quality equivalent white counterparts. And what about Giacosa’s Roero Arneis.. That is a beautiful, beautiful wine. I have been at many wine trade events that were showing the Giacosa wines, and everyone usually talks about the stunning Arneis…. and it is only around USD $27 retail.. always shocking to me. Yes, I know, the fine wine world of Piedmont is known for Barolo and Barbaresco, but some of the Giacosa reds command prices that far exceed 200 dollars and their Arneis can’t even get 30 bucks!

What about New World? Hunter Valley Semillons are great examples of white wines which are undervalued. Recently, I was able to buy a 2004 Tyrrell’s Vat 1 Semillon for only USD $35. This wine had layers of complexity: beeswax, toasted hay and roasted nuts with a great backbone of mouth watering acidity. Hunter Valley is a known white wine region, but their white wines, which rival the complexity of some of the great red wines in the world, will never see a price that even compares to their red counterparts.

Yes, there are always exceptions. Aubert winery in Sonoma, California is able to charge more for their Chardonnays than their Pinot Noirs. But they are a cult winery that found fame on their single vineyard Chardonnay white wines.

For the most part, why do reds cost more money?

Well, some may argue that the winemaker usually has to do more work with a red wine than a white wine. For example, the extraction techniques that are needed for red wines make them more labor intensive. Also, typically reds will get oak treatment and many whites do not include oak in their winemaking or maturation. And higher quality reds will generally need to age for a longer time at the winery before they are released. All of the aforementioned points add to the overall cost.

But there are exceptions, and 1er Cru and Grand Cru white Burgundies are a huge exception.

One may argue that there are more red wines that are built for aging. Some of the great, robust red wines of the world, in the best vintages, can age with improvement for 15 to 20 years. But what about Riesling? What about a German TBA Riesling? What about a Moelleux Vouvray? I know, I know not everyone likes older Chenin Blanc, but I am a fan. And what about MADEIRA? Compare Madeira to a red fortified wine counterpart, Port. A great Madeira can last for over a 100 years (and still be fresh and vibrant), but a great vintage Port can last maybe 50 years at the maximum. Listen, if you want to prove me wrong and pour me a vintage Port that is over 100 years old, then I am happy to taste it 😀 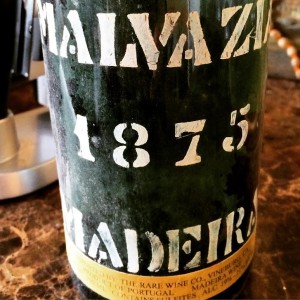 Let’s go back to Bordeaux. The famous 1855 classification that deemed the greatest wines in the world were red wines (Haut-Brion is an odd exception with being known for their incredible whites, and even commanding higher prices for their white wines. But it is from Pessac-Léognan and I have no idea how it ended up as a First Growth for the red wines on the 1855 classification. Okay, another exception, but these exceptions are only a fraction of a percent). It is also interesting that during the same classification that white wines were ranked, but they only represent sweet white wines. Most fine wine drinkers are not going to drink sweet wines on a regular basis, and hence, the red wines were bound to get more attention from wine critics and influencers. And even though d’Yquem has the highest ranking in the classification, it will never be able to charge the price equivalent of a Lafite.

I know, d’Yquem was supposedly the most expensive wine during the time of the 1855 classification, hence it was given the highest ranking of Superior First Growth (Premier Cru Supérieur). It is much more expensive to make than the dry great wines of Bordeaux. But I’m talking about recent times and future times, and it will never get the same price as the dry red First Growths.

Yes, one can say that many of the above examples I gave for ageability that were sweet or fortified are not relevant considering most fine wines drunk are dry and unfortified.
And many winemakers would say that making dry red wine will usually be a more costly process than dry white wine.

A few years back, Lalou Bize-Leroy said in Decanter that price was a way of showing respect.

Maybe it comes down to the idea that we do not respect white wine as much as red wine. Somehow the idea of white wine being inferior to red wine was created a long time ago, and we keep reconditioning new generations to be of that mindset.

If I were to answer this question from the viewpoint of what the market tells us, then yes, the greatest wine is red.

My personal opinion is, “No, it is not the greatest.” And it is not such an easy question for me to answer, because my answer would really depend on the day.

Notes of honeysuckle, wet stones, brown butter with a rich decadent body… the longer you leave it in the glass… the more complex it becomes… delicious..

Coffee, bitter dark chocolate, structure is more firm than Haut Vigneau Rouge, mid palate is a little hallow, could use some decanting and a nice steak…

More gamey than 2010, and a pretty floral note which I like very much… stewed black and red fruits and the finish ends with a lot of spice..

Celebrating Wine, Life and Inspiring Colorful People in New York City and Beyond!
View all posts by damewine →
This entry was posted in Dame Wine and tagged Carbonnieux, GreatestWine. Bookmark the permalink.