Posted on September 25, 2018 by damewine
ShareTweet

***Disclosure: Avery Books gave me a free review copy of the new Wine Folly book that I talk about in this post. 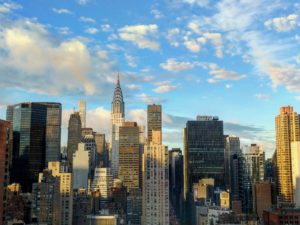 As some of you may already know, not only was I on the other side of the wine world, working distribution and retail, but I had spent many years studying and learning about wine. Since I have lived in New York City (for 25 years), I have run into every sort of person who falls in love with wine, from my first introduction among artists from all over the world in the early 1990s bringing modest wines with their stories of traveling as backpackers as we sat on the floor of our hole-in-the-wall apartments, to being surrounded by people who made wine a competitive sport, something used to establish a pecking order… the former made me deeply passionate about wine while the latter chipped away at my very being and made me almost walk away from it entirely, throwing away what I had devoted so much of life to…

I first discovered Wine Folly, a website and impactful social media presence of infographics, articles, and videos, sometime around 2013 (Wine Folly started their website in late 2011). I was in a really bad place in my life at the time… I was working insane hours, barely sleeping a couple hours a night, hardcore studying every aspect about wine (which I had been doing non-stop for 5 years at that point) and dealing with some intense personal trauma that was dragged out for many years. What made this tough situation even worse is that I was surrounded by some people who turned wine into an elitist beverage that was used to determine someone’s worth. It seemed that I couldn’t escape this toxic energy and I was getting to the point where I wanted to just walk away from it all, until I found Wine Folly on the internet. Their fun and playful photos, the great infographics and an overall energy that wine was supposed to bring everyone, and I mean EVERYONE, together started to light that passionate fire within me again. Despite being born in 1975 and not considered a millennial, I have really embraced the generosity and joy that many millennials have brought to social media, and Wine Folly was the first to do it on a grand scale. 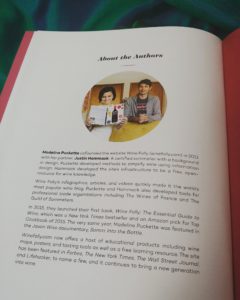 Madeline Puckette and Justin Hammack are partners who are the owners of Wine Folly. Justin Hammack developed the site’s infrastructure so it was a free, open-resource for wine knowledge while Madeline is not only the face of Wine Folly but she is a certified sommelier with a background in design – the combination of both led her to create Wine Folly’s legendary wine infographics. I was thrilled when they released their Wine Folly book that covered the fundamentals, styles of wine and wine regions in a digestible, visual way that was accessible to everyone. It is no surprise that it became a best-seller.

Over the years, I have been given a chance to meet Madeline a couple of times as well as hear her speak. She is so raw and honest about how she came to wine. Her beginnings started out as a beautiful curiosity to learn as much as she could, then she unfortunately found herself surrounded by a crowd that seemed glamorous, but was toxic, to finally finding her own voice and creating a way to take away the mystery of wine while keeping the magic. She is one of the things that helped me find the courage to bring my own voice to wine… to bring my love and my passion, without worrying about those that would mock or criticize. 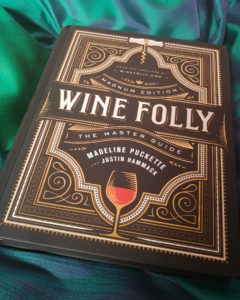 I was sent a free copy of the new Wine Folly: Magnum Edition: The Master Guide, by their publishing company Avery Books which was released today, September 25th. It is an expanded version with 100 pages more than their original book with a food and wine section as well as a deeper look into previous subjects that they have covered with a greater ability now to verify the accuracy of the information in the book; those who know anything about trying to verify information in the wine world know that it is a tremendous task that seems impossible at times. It will absolutely become one of my new wine resource books, as well as a wonderful book to share with those at all different stages of acquiring wine knowledge.

Madeline makes no bones about not being perfect or the mistakes she has made in the past, but she works fiercely everyday with her partner to provide wine information to all in a way that is generous and approachable, creating an environment that brings people together… which goes back to the original purpose of wine. I don’t write book reviews but it means so much to write about how much her work has meant to me, how I feel this is exactly what the wine world needs, and how I may not be doing what I am doing now if it wasn’t for her example of empowering yourself, no matter your background. Thank you Madeline and thank you Wine Folly.

Celebrating Wine, Life and Inspiring Colorful People in New York City and Beyond!
View all posts by damewine →
This entry was posted in Dame Wine and tagged Wine Book, Wine Folly. Bookmark the permalink.