Refusing the Only Two Choices We were Given in Life

Posted on August 2, 2018 by damewine
ShareTweet 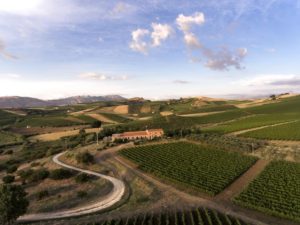 Many people migrate from one area to another for various reasons. Perhaps they have a dire situation, or it is a chance for a better life for one’s children, or sometimes someone just wants their voice to be heard… to be valued beyond the stereotypes that have been given. We are living in times where women from all over the world are pleading for a seat at the table and they don’t want to have to move to a far off land just to be given a chance to have their opinion recognized. There are some women able to leave their homes never looking back, depending on their situations, and others that yearn for the places and people of their childhood and wished that they weren’t essentially forced to leave.

Sicily is one of the most exciting wine regions in the world when it comes to native grape varieties (with already 76 in production) yet wine producers are discovering more and more each day and they believe the final number will surpass over 100. Despite there being a handful of international varieties still being made by some Sicilian producers, as there is a big demand for them on the Sicilian domestic market, there is one that stands out as doing extremely well in certain vineyard areas in Sicily: Syrah. The best Sicilian Syrah wines are generous and approachable with refined structure and fresh acidity that has layers of flavors and aromas. 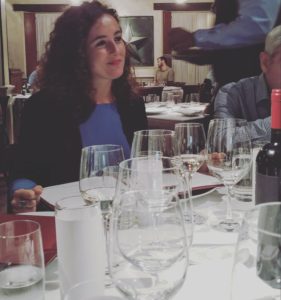 I was able to sit down and have a lunch with Costanza Chirivino to taste her Sallier de La Tour wines from Western Sicily which has been in her family since 1756, located only 40 minutes outside of the multi-cultural city of Palermo. Her family estate became part of the legendary winemaking group, Tasca d’Almerita, and so there are more resources to help bring these wines, with a long history, to other wine consumers beyond her home country. 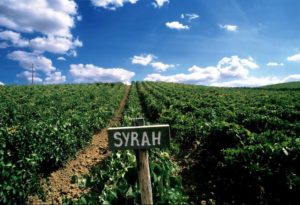 Although Costanza has known the Tasca d’Almerita family for many years and is excited to learn from their experience (as a more internationally established wine producer) she is not afraid to express her own opinion and bring her own personality to the wines as is most noted in the top wine, ‘La Monaca’, from the designated quality area Monreale DOC, and comes from a strict selection of their Syrah picked from the best vineyards. The label interestingly enough depicts a very determined looking nun holding a wine grape bunch as a crown has been lifted from her head. It was the first thing that jumped out at me when I saw the bottles and I was utterly drawn into its possible meaning just like how the ‘La Monaca” Syrah drew me in with its deep complexity. 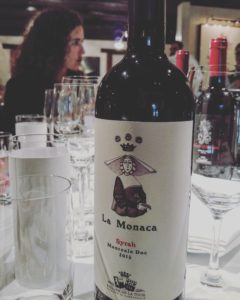 Many of the other wine labels (which have been recently changed) from Sallier de La Tour honors her ancestral past balanced by a modern, playful creativity, such as having clothing from centuries past adorn bodies that have plants as their heads which represent the herbs that surround Costanza’s wine estate. But ‘La Monaca’ stood out, and it was an especially important design created by Costanza as it takes the idea of a Sicilian aristocratic daughter who only has two choices: to be a wife living according to her future husband’s whim, or to devote herself to the convent. But this nun has a determined look in her eyes, one that I could see flicker in Costanza. It reminded me of an old lesson that is based on avoiding the feeling of being trapped in a life of duality (only given two options, neither of which are good) that benefits no one… but the duality exists for so many of us.

Progress Leading to a Balanced World

We are living in tumultuous times, and that is because some people, no matter if it is about sex, race, or status holding them back, don’t want their only two options to involve leaving their home or having no voice. Recently I have seen with my own eyes women in Italy standing up to be heard, and the results sometimes, unfortunately, have had a violent outcome… but there are many Italian men listening and wanting to grow.

No matter a person’s situation, one will never find lasting happiness presuming their superiority of others; it can only come by acknowledging that all of us need each other at our best. In a world that suffers with the population either being overwhelmed, or being underwhelmed, we need to spread out the responsibilities, and ultimately, ground ourselves in the idea that progress will not rip away the past but just make the future more balanced. 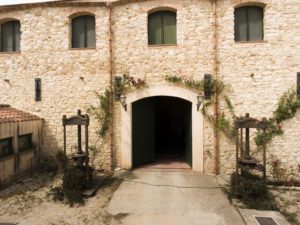 Sallier de La Tour may be confusing because it sounds French but it is a family name that goes way back to ancestors that came from Piedmont which is a region that borders France. Also, the name ‘La Monaca’ which they us for their top selection of Syrah is the original name of the winery, which is now Costanza’s home, and pays hommage to her ancestors – again a lovely gesture that illustrates that moving forward doesn’t mean forgetting the past. 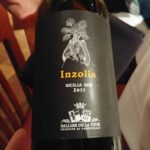 –2017 Inzolia, Sicilia DOC, Italy: 100% Inzolia. This local white grape variety was very expressive on the nose with orange blossoms and ripe peach with a hint of green almond on the finish. 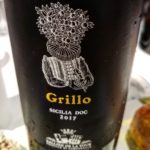 –2017 Grillo, Sicilia DOC, Italy: 100% Grillo. A man made cross of Catarratto and Zibibbo (Muscat of Alexandria) that was created in Agrigento, Sicily in 1869. In my mind, it is one of the most successful crossings and it has become a popular white variety among quality producers. Zingy acidity with lemon confit and nectarine peel with rosemary on the mouthwatering finish. 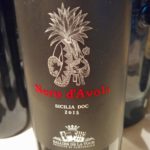 –2015 Nero d’Avola, Sicilia DOC, Italy: 100% Nero d’Avola. This is considered as the king of Sicilian local red varieties. An enticing nose with lilacs, allspice and fresh cherries with round tannins and a nice lift on the sustained length. 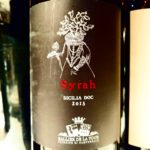 –2015 Syrah, Sicilia DOC, Italy: 100% Syrah. Black pepper with brooding fruit that has a linear body with lots of drive and hints of toast on the finish. 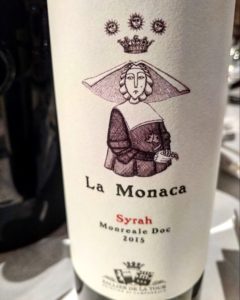 –2015 ‘La Monaca’, Syrah, Monreale DOC, Sicily, Italy: 100% Syrah. This is an incredible Syrah and a great example of why Sicily deserves to be on the list of top places that grow this variety. A multi-textural body that had an incredible sense of place with river rocks with Mediterranean herbs, wild blackberries and a hint of sweet tobacco, all wrapped up with finely etched tannins. This wine is shockingly good since the suggested retail price is around $35 (as well as the other wines being only $14-$15) but that is the reality when an unknown winery is trying to find their place in a competitive market.

Also, the ‘La Monaca’ comes from the Jato Valley within the Monreale DOC which produces the best Syrah for Sallier de La Tour. 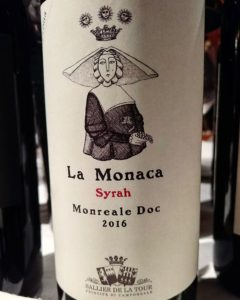 –2016 ‘La Monaca’, Syrah, Monreale DOC, Sicily, Italy: 100% Syrah. This 2016 was just bottled but my goodness was it showing well and not displaying any type of shock. A smoldering earth note with richer, darker fruit than the 2015 that still has plenty of acidity and elegant shape to the tannins. This wine had an overall harmony to it that really impresses being so young in its life that displayed alternating layers of savory and sweet fruit with a delightful balance that continued across the long expressive finish.