The Truest Sense of Place within Yourself

Posted on November 2, 2017 by damewine
ShareTweet 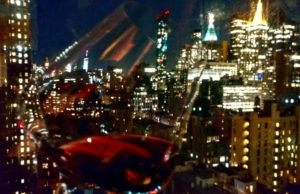 I think most people have a need to fit in, to belong – we have a desire to be a part of something bigger than ourselves. I’m sure there are exceptions, like people suffering from narcissistic disorders, etc., but I think, generally, humans are social beings that need the company of other people. Growing up in New Orleans, I felt like an outsider and I was constantly mystified at how other people connected seemingly so easily. I was the observer, fascinated by their interactions with each other as I tried to figure out the ‘secret handshake’ or password that was needed in order to be accepted.

When I was a kid in school, I never formed any real friendships. I would talk to people but it was always with caution because, since I felt like I stuck out as an outsider, I was often one of the people chosen to be mocked. It was not until my senior year of high school, at 17 years old, one year away from legally becoming an adult in the US, that I formed friendships while attending a performing arts school for a few hours a day. This institution gave artistic kids from various neighborhoods and backgrounds a chance to explore a deeper side of themselves and to gain skills that went beyond the regular classroom.

The first day of the program, I sat in the corner and began my observation as boys and girls started to form their social groups. The white kids formed one group and the black kids formed another group. It was 1992 – I don’t know what it is like in New Orleans now, but back then, it was typical for kids to stay within their own race when forming friendships. At one point, I looked up and saw two black girls standing in front of me. One said, “What’s up Doc?!” which is a funny catch phrase from Bugs Bunny cartoons. I immediately thought they were making fun of me and told them to leave me alone. Before I knew it, one of them said that it seemed like I was lonely and that I could use some friends… and from that time on we were inseparable in our classes together… so much so that the other kids called us Oreo (a cookie that is black on the outside and white on the inside). I enjoyed  having friends, and at times, I could not help but think that perhaps I had missed out on friendships up until that point because I was not trying hard enough to fit in… hell, it took someone telling me to my face that I looked like I needed friends for me to finally find some! 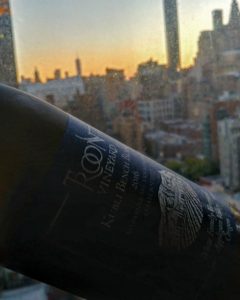 It is a tricky thing to try to explain to someone that you are trying to fit in but can’t when they themselves have never had such an issue. Some Southern Oregon wine producers are questioned as to why they do not jump on the Pinot Noir bandwagon. Oregon is still a name that struggles to find global recognition, and where I live, New York City, people look at you a little funny if you say “I brought an Oregon wine…” and you end that sentence by saying any other grape variety besides Pinot Noir. 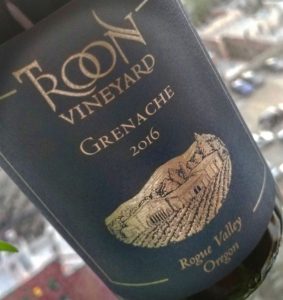 As I tasted non-Pinot wine samples from Southern Oregon wine producer Troon Vineyard, it triggered those memories from my last year in high school. It was interesting to learn why Rhône varieties prevalent in Southern France would do well in their vineyards located in the Siskiyou Mountains, which differs from Oregon’s most well known area, Willamette Valley. Troon notes that their vineyards have longer days during the summer, contrasted by their days becoming shorter closer to harvest. The combination of both factors creates an environment that provides plenty of sunshine for those grape varieties that need it, yet not too much, helping to keep alcohol levels reasonable, retaining acidity and allowing grapes to hang longer for more flavor development. Their climate has more in common with Southern France than Willamette Valley.

One day in particular stands out during my senior year of high school at that performing arts institution, when we were encouraged by a teacher to stand in front of the class and tell a true story from our lives that was either funny or sad. One of my friends, Rikisha, stood up and told the story of the last time she saw her mother, a drug addict; my other friend, Tamika, went next and talked about the time that her mother’s boyfriend stabbed her mother in the back with a knife, leaving her paralyzed from the waist down. At that moment, as I sat there living with my secret – a drug addicted mother who would tell me that I was only worth what she could get for me (she would get money from her father to be used, supposedly, for my education) and a father whom I had only met a couple times in my life – I realized why we were friends and why it was not so easy for me to make friends with other people… I had needed to find other kids that understood my home life in the truest sense of the word.

Although it seemed odd to other people that the three of us would only talk to each other, to us, the Oreo, it made perfect sense. I’m sure it is the same when it comes to choosing to go down another path as a wine producer that goes against the grain of what most wine drinkers expect from you. But sooner or later, I think the best producers realize that the worst way to make a wine is by denying the truest sense of place from their particular vineyards.

It has been 24 years since I have seen Rikisha or Tamika. I haven’t seen them since graduating from high school, moving to New York City, and starting down the long road of trying to survive and find my place in the world. Back then, it was not so easy to stay in touch with people so I wasn’t able to stay connected. But now, I think about them all the time… Rikisha had an incredible strength for someone her age, almost like she was a queen, who spoke quietly yet with great power…. and Tamika was clever and remarkably creative… I remember a one person performance piece she did – it was funny, bittersweet and profound… she left everyone in the audience speechless. Even in high school, my friends were not afraid of who they were and what others would think of them… I was not at that point yet and they always tried to get me to hold my head up high and be proud of who I was. Even though I have no idea where they are, I hope that if they saw me today they would be proud of me.

Starting in 2018, Troon Vineyard is launching their program to achieve biodynamic certification. The suggested retail price of all the below wines is $25.

-2016 Kubli Bench Blanc, Estate Bottled, Applegate Valley, Oregon: 55% Marsanne and 45% Viognier, crushed by foot and fermented together. Quince flavors with hints of spice that had an alluring perfumed note on the finish. A full-bodied white with textural complexity that will be ideal for the cooler months and/or to hold up to richer dishes.

-2016 Blue Label Grenache, Rogue Valley, Oregon: 100% Grenache. A warm, inviting wine that I thought did well served cooler than room temperature (10 minutes in refrigerator), with exciting flavors of bright red cherries and black pepper with good structure that balanced out the fleshy body with a focused finish. 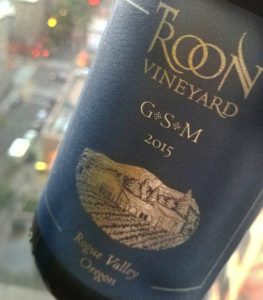 -2015 Blue Label GSM, Rogue Valley, Oregon: 39.66% Syrah, 31.61% Mourvèdre, 16.06% Grenache and 12. 67% Sangiovese. Rhône varieties with a touch of Tuscany (the Sangiovese). At first, an intense dried black cherry note was dominant until it evolved over time with savage qualities giving elegant, old world charm. Although intensely delicious with sweet fruit and meaty flavors, it finishes with finesse that hints towards crumbly rocks and wild rosemary, lifted by marked acidity.