Do Scores Matter in the Wine World?

Posted on October 20, 2016 by damewine
ShareTweet 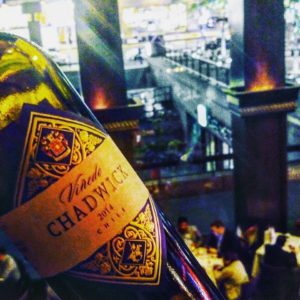 This is an old topic that will really never go out of fashion. I think there should be constant discussion regarding wine scores since those factors that influence wine purchases are starting to change as Millennials, ages 21-34 become more influential. Stories about the producers, region, history and culture seem to be of greater importance to this group, and hence, scores may not be the only factor that younger drinkers are considering. But wines need to get on their radar first before they even attempt to research them. And that is where scores, whether they are taken at face value or not, can make someone at any age take the time to seek out particular wines.

Although there have been many notable great British (as well as many other great wine minds around the world ) critics who have helped to convey quality through scores, as an American, no one has had the impact that Robert Parker has had in establishing this system. It seems that either people love him or hate him, but no matter one’s personal opinion, I hope we can all agree that he was a game changer. He was a consumer, self taught, who decided to empower others while empowering himself. He created the 100 point system which helped consumers of all economic backgrounds make their own choices at retail stores and restaurants. This system became so popular and powerful because it was a system that was desperately needed in America, and eventually encouraged the US to become the vibrant wine drinking country it is today, but I know the system is not perfect and we are still evolving as a wine drinking country.

A few weeks ago, I got the opportunity to try various wines from Chile and Argentina, as famous wine critic James Suckling brought the event “Great Wines of the Andes” to NYC, as well as to other major cities around the US. This event showcased wines that Suckling considered as the best out of the over 2000 wines he had tasted in Chile. This is where we get into controversial tropics with wine critics because some may rightly argue that certain amazing wines were left off this list, and bring up the valid point that this list is just one person’s opinion. But these are valid points for any list, or any critic or any recommendations for that matter. I try to think of these events/lists as an opportunity to discover new wines, or bring greater attention to wines that I know, instead of focusing on the wines that were missed if I were to make my own list. 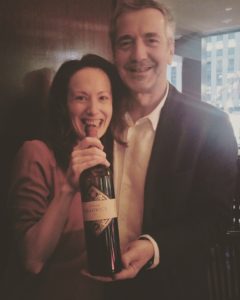 Because there were many producers in town, I had the chance to sit down with a few of them, taste their wines, and talk to them about what was currently exciting in their world. One great encounter, historical I would even say, was with the owner of Viña Errázuriz, Eduardo Chadwick. Chilean wine lovers will be very well acquainted with his winery which is credited with giving Chile some validity in the fine wine world.

It would have already been a pleasure to meet him and taste current releases because I have admired his family winery, their accomplishments and wines for many years. But I was even more intrigued because one of his wines, the 2014 iconic Viñedo Chadwick, was given 100 points by James Suckling – the first 100 point Chilean wine. Again, going back to the main issue of points being one person’s opinion, even though it is a well experienced and educated opinion, but yes, I give it to you, it is still one person’s opinion. And so, if you are not a fan of Suckling’s taste, maybe the 100 points does not mean as much as a wine critic you do follow. But I would argue, in this case, that it is significant. It is significant because it will garner the attention for Chile that they so rightly deserve. Those who know their wines, their diversity, the elegance and intoxicating complexity that is possible from their top wines will say, “It is about damn time that we have a 100 point Chilean wine!”

I only had one hour to talk to Eduardo Chadwick and he spent 15 minutes talking about his family and their wines, while he spent the other 45 minutes talking about Chile and all the reasons why it is a great wine making country. He gave us a book called “The Berlin Tasting – Uncorking the Potential of Chile’s Terroir” that documented this famous tasting that placed not only his 2000 Viñedo Chadwick wine in first place but also went into detail about the glory of Chile.  He also expressed pride that many Chilean wines, from other producers, have high rankings in various blind tasting that have taken place around the world.

The Judgment of Paris

Hearing Chadwick’s pride in the Chilean contingent doing well in these blind tastings reminded me of how important The Judgment of Paris was to California producers. It was a blind tasting in 1976, in Paris, involving top wine critics – nine out of the eleven judges were French. Two Napa Valley wines received top marks for both white and red categories, beating out top producers from Bordeaux and Burgundy. The importance of this tasting was not to give the US bragging rights over France with regards to wine, but rather, it helped to legitimize a struggling region that had been considered a joke to the rest of the world. It still gives me chills when I talk to the old time producers from Napa Valley, who started in the 1970s, and they tell me that once the news broke out, about The Judgment of Paris, they were then able to get approvals for loans that were once denied. Napa Valley may have never become a world class wine area if it wasn’t for that one event. 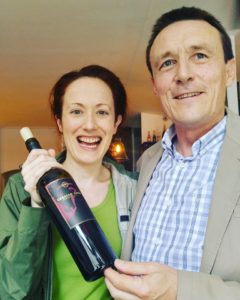 In the spirit of shining a light on the world class wines that Chile is producing, I would like to mention an unknown wine, certainly a lesser known one in the US: Caballo Loco, which means “Crazy Horse” in English. I met with their humble winemaker Brett Jackson – originally from New Zealand, who moved to Chile over 20 years ago – to taste his wild Caballo Loco wines. In the past, I have always thought of Chilean wines as being the reserved “safe” wines from South America, due to their restraint compared to wines from other South American countries, but the Caballo Loco wines were some of the most “savage” wines I have had from Chile.

The Caballo Loco wines had wild flavors while still having a backbone of the elegance one expects from the great wines of Chile. The wines are named after one of the owners whose nickname is Crazy Horse. Since Chileans are typically reserved people, evidently due to the idea that they are an isolated country because of the ocean on one side and the Andes Mountains on the other side, it is atypical to have such a free spirit. But he was the inspiration for their incredibly unique Caballo Loco Nº 16, which is described below, and it is the first time I have experienced such a wine. They are currently trying to get better distribution in the US and I hope Suckling’s “Great Wines of the Andes” events have helped them in this task.

When it comes to scores it is important to keep them in perspective. Scores are great opportunities to discover a new producer, whether it creates an impetus to try their highly scored wine or their other more affordable options, or just wines from the region, or in this case just premium wines from another country, such as Chile. In this way, 100 points can be valuable to everyone, if we also realize that those who haven’t achieved a high score can still be interesting wines to try as well. 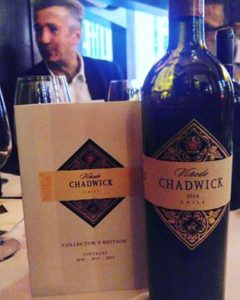 Eduardo Chadwick was understandably excited for his family’s wines. It was bittersweet because his late father is the one who allowed him to plant vineyards in 1992, over his beloved polo fields, since his father, a famous polo player, was retired from playing polo at the time – that vineyard would end up making this 100 point wine. Eduardo has not only honored his father’s memory through his determination and accomplishments of making fine wine using his family’s names, Errazuriz and Chadwick, but he brings great honor to all the forefathers, as well as foremothers, of Chile.

And if this particular 100 points get significantly more people to taste and read about Chilean wines, then yes, it does matter in my eyes. 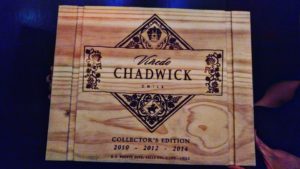 -2014 Viñedo Chadwick, Puente Alto, Maipo Valley, Chile: Puente Alto in Maipo. 100% Cabernet Sauvignon. Only available in a case of three vertical wines: 1 each 2014, 2012, 2010. Previous vintage 2013 is available on the market for $212 according to wine-searcher.com. Maipo Valley has one of the best reputations for big red wines in Chile with the Puento Alto region having the highest reputation for Cabernet Sauvignon. Many describe it as the ‘Bordeaux of South America’. The name of this wine honors Eduardo Chadwick’s father. The pure elegance of this wine was stunning with pretty notes of cassis, lilacs and a whiff of cigar box. From the first sip, the silky texture is simply breathtaking, as well as the long, pure and expressive finish.

-2013 Viña Errázuriz Don Maximiano, Aconcagua Valley, Chile ($62): 79% Cabernet Sauvignon, 10% Malbec, 6% Carménère and 5% Petit Verdot. At one time, Errazuriz winery was mocked for planting vines in the Aconcagua Valley for the purpose of making fine wine due to the preconceived notion that it was too hot. Many of those critics did not take into account the moderating affects of the Andes Mountains, Pacific Ocean and Humboldt Current. They succeeded by becoming one of the most celebrated producers in Chile. Errazuriz is the family name from Eduardo Chadwick’s paternal grandmother’s side of the family – she was the grand niece of the founder.  A bigger wine than the Chadwick with muscular tannins and flavors of dried plums, black berries and a touch of rosemary. After a few hours of decanting, it showed more nuanced minerality and rounder tannins.

-2013 Viña Errázuriz Max Reserva Chardonnay, Aconcagua Valley, Chile ($14): 100% Chardonnay. 60% Malolatic fermentation. Wild yeasts. 10% New oak. I had this wine after the reds and I was happy I tried it. I used to have a prejudice against South American Chardonnay, but this one was a nice surprise, especially considering the price. Ripe white peach with sweet spice and nutty oak. It had a rich quality many Chardonnay lovers like yet it still had plenty of acidity to keep it lively.

-2013 Caballo Loco Grand Cru Apalta, Colchagua Valley, Chile (SRP $35): Blend of Cabernet Sauvignon and Carménère. Apalta is identified as a Grand Cru vineyard in the Colchagua Valley for Cabernet Sauvignon, Carménère and Cabernet Franc due to a longer growing season that helps to develop more aromatics. Deep color with ripe black currant fruit, a hint of thyme and firm yet fine tannins that give a nice structure to this wine.

-Caballo Loco Nº 16, Maipo, Apalta and Central Valleys, Chile (SRP $70): 50% Nº 15 and 50% 2011. This wine does not have a vintage because it is fractionally blended with the best barrels from various vintages. Because every year they use 50% of previously fractionally blended wines, they figure that there is still tiny portions from their first vintages of 1992 and 1994, as well as all the ones in between, in this blend.   Cabernet Sauvignon, Malbec, Syrah, Cabernet Franc, Merlot and Carménère are all the varieties in this blend. A multi-layered and dimensional wine with cedar infused plums, dried blackberries and fresh blood oranges that had an underlayer of coffee notes. A powerful wine with volume and tension that had a prolonged and flavorful finish.

Celebrating Wine, Life and Inspiring Colorful People in New York City and Beyond!
View all posts by damewine →
This entry was posted in Dame Wine and tagged Caballo Loco, Chile, Scores, Viña Errázuriz. Bookmark the permalink.