Posted on January 9, 2016 by damewine
ShareTweet 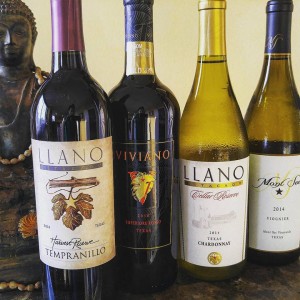 Before I left for holiday break, I was able to taste some Texan wines for the first time, from Llano Estacado Winery in West Texas. I thought that all of the wines were a good value for their price at USD $13 up to $35, and they had a nice amount of fruit with moderate alcohol. I was very impressed by both their Viognier and a red blend called Viviano. But what I find most interesting is the story, and the story is simply that most people outside of Texas do not expect to drink wine from Texas. Even though Texas has some pretty big metropolitan cities, I think many of us cannot help but think of those movies and tv shows that took place in Texas, like Dallas. We think of the wide open spaces, where sir/ma’am is used in everyday conversation and gentlemen in cowboy hats ride horses. And so a wine that has “Texas” written on it already tells a unique story.

Growing Up in New Orleans

I had a colorful childhood in New Orleans, as anyone who knows the city well can imagine. It is truly a playground for adults – growing up, many local high school kids certainly took advantage of going to the French Quarter to “pretend” that they were adults. I was an odd child… I spent most of my time reading and thinking, and thinking and reading; like everyone else going through adolescence, I had my issues and that is how my issues manifested themselves. And so when I did go out with other kids, to try to be a normal teenager by joining the revelry of the city, I would always find myself standing back and observing.

But what I would consistently overhear from other adolescents, and their older counterparts, before intoxication took too much of a stronghold, were the reasons why they preferred one drink over another. It was typically associated with a place, how they were feeling when they drank it, or with the company they kept at the time. This would commonly be expressed in a general statement such as the person only drank “sweet wine”, “white wine”, “big reds”, “any spirit but tequila”, “Miller over Budweiser” etc, etc, etc.

It was my first inclination that it was more than just the taste – even though that of course is a factor. Just like it is when you date someone, you need to find something attractive about them in the beginning – but there needs to be other compelling factors to keep bringing you back to that person for more. There are psychological reasons… there are feelings that one desires – comfort, challenge, familiarity, reliving a good time or avoiding a previously bad experience. For example, I would hear many repeat tourists of New Orleans say how they were drinking this one drink because last time they had it in New Orleans they had the time of their life. 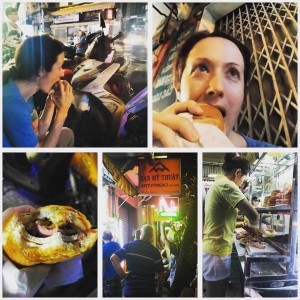 My husband and I recently came back from a trip to Ho Chi Minh City, Vietnam. We arranged this trip at the last moment, which was an atypical move on our part. Initially, we questioned whether we made the right choice, what with all the other places one could go in the world. But then we started reading blogs and travel journals of people who have either lived or visited this area. Their stories filled us with giddy anticipation of our trip and I have to say it made the trip that much more special because we were dreaming of certain neighborhoods and food stalls for weeks before we even arrived. This trip convinced me that stories could help create positive feelings associated with an experience.

The idea that wines are from Texas can work in their favor yet also work against building a reputable brand. It seems so far fetched to make wine in Texas…. a place that is associated with cattle ranches and oil. The wines I tasted had moderate alcohol and fruit but I saw some comments on the internet saying they were fruit bombs, and a rant saying that they knew Texan wines would taste that way. I’m not saying that there are not fruit bombs in Texas, I am a novice when it comes to these wines, but I certainly know a fruit bomb when I taste it and the samples I tasted were far from that profile. This is where a preconceived notion of a place harms the reputation of their wines.

Alternatively, I think such a fantastical wine growing region could be appealing to the wine drinkers of today. The big trend with millennials is that wines cannot be too obscure or different. And as long as they deliver on quality in relationship to price, they have a decent chance of finding some success in the current adventurous wine drinking world.

As I tasted these lovely Texan beauties and talked by phone to the Vice President Executive Winemaker at Llano Estacado Winery, Greg Bruni, I started to yearn to visit the “Lone Star State”. I was intrigued by the major differences of West and East Texas with the former having drier weather and issues with hail during the winter. I never dreamt of going to Texas because I grew up in the state right next to it, and so it did not seem that exotic, that foreign… but after living in New York City for 22 years, it absolutely seems as different as it can get.

Wine stories do not need to be a detailed thousand word essay, they can be a simple idea that is associated with positive feelings that engage a certain sector of the market. No one knows that much about how Coca Cola is made, but for generations, many consumers have associated it with happiness. I know, the wine world, with their low margins, doesn’t make as much money as soda drinks and hence their advertising budgets are smaller, but there is a lesson there. There has always been the slogan that “Everything is Bigger in Texas”. What does that mean with wine? It could be taken the wrong way, meaning higher alcohol fruit bombs – which was not my experience with Llano Estacado wines. And of course there is the argument that giving wines a slogan is just branding and is not a story.

But I think some branding taglines do tell a story, and I would like to think that Texas is “The New American Wine Frontier”. This tagline, with a little bit of information and pictures, enhanced by wine influencers talking about their wines, could strike an interest in Texan wines with those who are looking for an odd wine but nothing too weird. It is just a matter of getting it into the hands of the consumer – but the complicated US alcohol distribution system does not make it easy. And it is also a matter of making sure that wine drinkers have a positive story in their head before they decide to pull the corks on Texan wines… I think that should be the first step before going gung ho with placements around the world, or mainly the US.

It is just like our trip to Ho Chi Minh City – the city only had one shot for us to enjoy it – and everyone who worked there, who could speak English, asked us how we liked visiting there. They almost seemed surprised to see, as Americans, how in love we were with the city. I think part of the success of our trip was the stories we read before we went.

And so I think the lesson is simple.

Tell the story first, sell the wine second. It makes all the difference in the world.

-2014 Llano Cellar Reserve Chardonnay, Texas, USA:
Retail $14
Tropical fruit of mango with chalky minerality (which, as many of us know, does not come from the soil but is just a descriptor used to explain a certain quality of the wine) and bright acidity – reminded me of an exotic Mâcon

-2014 Mont Sec Viognier, Texas, USA:
Unlisted Retail Price
Juicy peach fruit with a touch of perfume finishing with spicy notes – it seems that Viognier grows consistently better in West Texas than Chardonnay, but Chardonnay does better in more Eastern areas such as Austin

Celebrating Wine, Life and Inspiring Colorful People in New York City and Beyond!
View all posts by damewine →
This entry was posted in Dame Wine and tagged New Orleans, Texas, Vietnam. Bookmark the permalink.