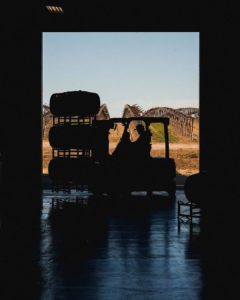 All of us want to live a “successful life” but that can mean various things to various people. To some, it can mean earning money, and even that within itself can vary – simply having the means to cover the essentials in life is a success to some, or having a nice lifestyle without having to compromise on things can be termed as successful to others; or success can be contributing to the world in a valuable way by devoting yourself to a cause or breaking dysfunctional cycles that we were raised with, thereby bettering the world by our centered presence… but whether we have achieved success, or were unable to reach one’s goal of success, there always seems to be new goals that appear or our own sense of what is successful can evolve with age. When it comes to the wine world, the idea of success can be just as complicated of a concept as it is not limited to the wine regions that get the highest average price for a bottle of wine or the one that is held on a pedestal and sought after by wine connoisseurs around the world… sometimes success is more subtle than that and it accounts for the community as a whole.

The Lodi AVA (American Viticultural Area) is said to have a Mediterranean climate that consists of warm days and cool nights; its proximity to the San Francisco Bay (90 miles East) helps to influence the wine growing areas of Lodi, according to Stuart Spencer, Executive Director, Lodi Winegrape Commission and owner/winemaker of St. Amant Winery. Snooth Media held a virtual Lodi wine tasting and seminar led by Leslie Sbrocco who was joined by Stuart Spencer and Adam Mettler, director of wine operations/lead winemaker at Michael David Winery as well as winemaker at Mettler Family Vineyards. Stuart went into more detail into what makes Lodi an atypical Central Valley wine appellation by explaining, “Sacramento and Stockton are North and South of Lodi [respectively] and both are inland seaports and Lodi is nestled in between the two of those cities just east of San Francisco and as temperatures rise in the valleys, cool air comes from the San Francisco Bay, the Delta region, and that creates a very distinctive climate.” 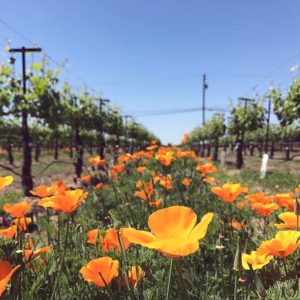 The first vineyards in Lodi were said to be planted in the 1850s and actually one of the wines that was tasted during the virtual tasting was PRIE Winery 2016 Ancient Vine (1900, Block 4) that was made from vines that were planted in 1900; shockingly this wine retails for only $29 and it was beautifully balanced, complex and elegant as well. PRIE is one of the newer wineries in the area that started to appreciate some of these old Carignane (Carignan) plots that have been safeguarded by generations of growers. Lodi is also known for very old Zinfandel vines (it’s considered the Zinfandel Capital of the World) and makes a wide range of styles such as fresh and restrained to lush and decadent. Stuart Spencer said, “What is often lost on people is Lodi’s significance to the California wine industry. We have been growing grapes for over 150 years but for many of those years we lived in anonymity and many of the large California wine companies have liked that… and we have been their best kept secret” as he referred to many of the bigger California wine producers blending Lodi grapes into their wines.

Stuart also expressed with delight how Lodi was evolving as he has been working with the wine commission for about 20 years and when they first opened their visitor center in 2000 there were only eight wineries. But he noted that each year there was another winery opening and more experimentation being employed by passionate winemakers being drawn to the area. Also, those grape growers that were barely getting by who were growing unconventional grapes are seeing an increase in interest of wine producers looking for something different.

Stuart talked about a Lodi grape growing family that had planted vineyards with “up to 50 German varieties” and around 10 to 15 years ago they were considering pulling out their Kerner variety as well as everything else because wine producers didn’t want to buy it. But a winemaker named Markus Niggli, who is also Swiss, wanted their Kerner as well as other interesting varieties and the Kerner has become a cult success – now other producers even want to buy it; there is so much demand that the grower has a waiting list for their Kerner.

Back in September of 2016, I had the chance to talk to Markus Niggli during my visit to Lodi. I was really impressed by the Markus Wine lineup and the idea that they were using varieties such as Kerner, Gewürztraminer, Riesling and Bacchus, just to name a few, and I was curious how a winemaker from Switzerland ended up in Lodi. He talked about how he initially came to Napa Valley and found that he was limited in what he could do with regards to finding real opportunities to experiment with wines. Then, when he came to Lodi, he saw the potential of all the longtime growers who were growing underappreciated varieties in various microclimates and soils that suited an array of grapes. In his opinion, there were not the huge financial barriers that one finds in Napa which can limit artistic expression and opportunities for those coming from an unconventional background.

Unfortunately, Markus wines were not part of the tasting but another innovator in Lodi was tasted by the name of Acquiesce. Stuart talked about Sue Tipton starting this winery that makes practically all white wines (there is currently one rosé) in Lodi, known as red wine country, ten years ago. He laughed because people thought she was a little bit crazy for trying to accomplish such a thing yet she proved all of them wrong and makes elegantly aromatic white wines that were pivotal in showing Lodi’s potential for white wine. Sue uses rarer white grape varieties found in the US such as Grenache Blanc, Picpoul Blanc, Roussanne, Viognier, Clairette Blanche and Bourboulenc.

Adam Mettler reinforced that Lodi was going through an exciting time, “We have had great growth not only in plantings of vineyards but with numerous wineries and lots of success here; really, Lodi has become a hip, fun place to make wine and there are new winemakers and new varieties being tried out all the time.” Stuart elaborated that the Lodi growers/winemakers are separating themselves from the bigger companies and they are making their own wine, they are making single vineyard wine and varieties that are interesting to them as well as some classic varieties like Zinfandel and Cabernet Sauvignon.

The Idea of Success Not being Stagnant 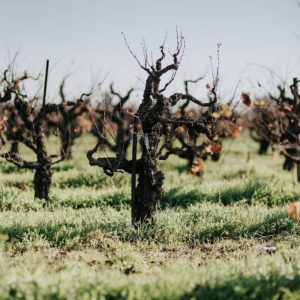 Lodi has had many stages of success – first being able to just make a living off of farming grapes, then the ability to save old vines by making money off of the trend of White Zinfandel, finally getting some recognition with Lodi being named Wine Region of the Year in 2015 by Wine Enthusiast, as well as Adam Mettler being named Winemaker of the Year in 2016. But in a way, the previous unfair lack of recognition of the area has kept it from becoming too tainted by unscrupulous outsiders who invest so much money that it takes the power out of the hands of the multi-generational growers and makes experimentation impossible; when there is lots of money on the line, the ability to take risks become nonexistent. Lodi is a diverse wine region not only in regards to the mixture of microclimates, soils and grapes that include Spanish, Portuguese, German, Italian and Southern Rhône varieties but it is a place that is open to all those willing to do the work to fulfill a passion, regardless of pedigree.

And in the end, the explosion of creativity with these new wineries that are not controlled by outside big business keeps things on a fair playing field with those multi-generational wine producers who are finding a recently renewed interest in their wines allowing them to be financially sustainable for generations to come. It is not the type of success that hits you over the head and gets a bunch of headlines but it is the type that enables passionate outsiders to have an opportunity to carve out a small name for themselves while reigniting an interest in the more established wineries and vineyards that make it possible for future generations to succeed; just imagine if we could find this type of success for the country as a whole… we would certainly be much more united and looking at a much more hopeful future.

I was not able to attend this Snooth virtual tasting but I was able to taste the wines and watch the video another time which can be viewed here.

Also, it was noted during the tasting that the first three wines are all from young sites, the Pinotage is under 15 years (4th wine) and the Carignane (5th wine) is from vineyards planted in 1900. 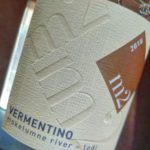 –2018 m2 Wines, Vermentino, Mokelumne River AVA, Lodi, California: 100% Vermentino. A white wine with key lime and blanched salted almonds that was fresh and had a saline minerality on the finish. Only 250 cases made, $20. 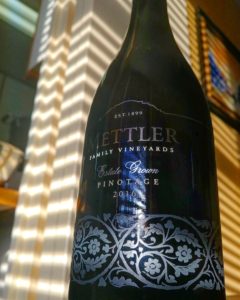 –2016 Mettler Family Vineyards, Pinotage, Lodi AVA, California: 100% Pinotage (cross between Pinot Noir and Cinsault). Adam Mettler said, “Honestly I didn’t have a lot of experience with Pinotage until five years ago when we started making this one. It has always been a nice wine with dark fruit, medium body so I haven’t had that many problems.” – which was his response to Pinotage being hit or miss in South Africa. I definitely got the dark fruit with nice smooth medium body like Adam said and it was simply a delicious, well balanced dark fruited wine with baking spice and a good amount of acidity. Only 350 cases made, $25. 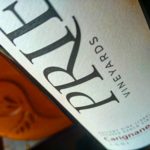 –2016 Michael David Winery, “Ink Blot” Cabernet Franc, Lodi AVA, California: Mostly Cabernet Franc with a small amount of Cabernet Sauvignon and Petite Sirah added. Michael David is the most well-known winery in Lodi and has been vital to its past as well as present wine industry. This is the first Lodi Cabernet Franc produced by Michael David Winery and comes from a nine acre vineyard located on the west side of Lodi very close to the winery itself. Adam Mettler noted, “This plot tends to be the most ripe with black fruit, less herbaceous than the others. It is always the block that presents itself as the best.” This Cabernet Franc was lush and decadent with juicy blackberries and cherry pie with a hint of sweet tobacco and cocoa dust and had silky tannins. Adam went on to explain the Ink Blot series as single varietal red wines that come from inky grapes such as this particular Cabernet Franc (as certainly many Cabernet Franc are not inky) as well as Tannat and Petit Verdot versions; also, each variety has their own ink blot, as he describes it. $35.