What is “Authentic” Wine?

Posted on December 15, 2017 by damewine
ShareTweet 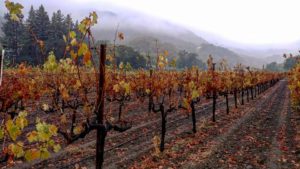 It is interesting how things can come back around in life; something that you were told when you were younger, or just less wise, can have more meaning when you have experienced those lessons first hand. This has been my relationship with the Fetzer and Bonterra “brands”. For a time, “authentic” wine meant there was a human being that I knew who owned the winery; wines that were made in relatively small quantities; wines that had a story of people barely getting by. As I get older and more experienced, I have less dogma about the “A” word and have been taking it case by case, and hence, I posed the question to myself, “Do Fetzer and Bonterra represent “authentic” wines?”

The Wine Game in Manhattan

Many of you probably know that I worked in the wine business, here in Manhattan in New York City, for many years in both retail and distribution. At one time, I was working for one of the largest wine distribution companies in New York, had over 100 restaurant accounts in Manhattan, and I juggled a huge portfolio. During that time, the Fetzer/Bonterra company was trying to take a stronger hold in the on-premise (wine trade term for restaurants – not retail stores) world in my beloved city… but the issue was that they were seen as a big brand and not “authentic” enough. I must admit that I was not too inspired to go out and talk about them because beside it causing more challenges in my already overwhelming sales job that demanded impossible sales numbers every day of the year, I was just not feeling the “authentic” love for a brand that could be found in most major retailers around the US.

Getting my Head Out of My Butt

Although we can think of ourselves as do-gooders, we can sometimes get so narrowly focused on our passions, such as supporting smaller businesses, that we lose sight of those that have grown into a larger entity and hence can have a bigger impact. So it took a much more experienced colleague to take me to the side and tell me the story about the Fetzer family. 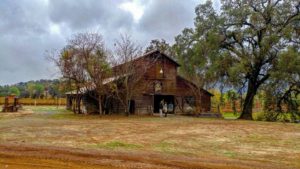 The founder, Barney Fetzer, moved his family from Oregon to Ukiah, in Mendocino County, California, in 1955 since he thought it was a good place to raise his family. They bought a ranch that was around 720 acres (291 hectares) and a few years later, after growing grapes to sell to other wineries, he converted an old sheep barn into a winery with the help of his 12 year old son, John. They made their first wine in 1968 when “sustainability” was an unknown word in agriculture. Through time Barney and his kids built a strong, trusted brand that would offer a line of delicious wines at a reasonable price that would eventually run the gamut from environmentally friendly to soulfully biodynamic.

I realized during this conversation that all the small, tiny wineries that had mindful vineyard practices, especially in the US, could all be traced back to what Fetzer was able to do – mainly because they were an example of a financially sound business venture… as many do not want to be the first to take that risk.

During the Wine Bloggers Conference, I had to take advantage of an excursion to visit Fetzer and their Bonterra Vineyards, started in 1990 representing their move into making wines from organically grown grapes, because as someone who is in favor of sustainability on many levels, Fetzer was the alter where I needed to pay tribute. There were some other wine lovers that I talked to at the Conference who thought it was odd that my first choice was the Fetzer/Bonterra trip because, in their opinion, I was not going to be drinking “good wines”… I guess that was based on the fact we wouldn’t be tasting $100 bottles, and again, they are wines that are not exclusive and are widely available to everyone around the country.

Our first day was spent in “The Barn” where it all started for Barney Fetzer. It was a cold and rainy day that was a great illustration of the power of Mother Nature – She Who Will Not Be Ignored. There we sat, listening to a panel on composting (organic matter that has been decomposed and recycled as a fertilizer and soil amendment) and it was such a passionately expressed discussion between Fetzer employees and a local beer company called North Coast Brewing Company, that for the first time in my life I actually considered making composting a part of my life. 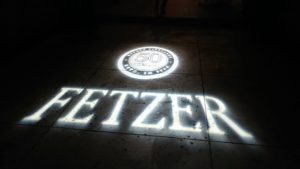 Typically, I never like walking through the rain in NYC because, as one can imagine, it can get messy since one has to spend a lot of their transportation time from place to place outside. But in this instance, it felt like I was kissed by Mother Nature… that I was a part of the land… She felt replenished and so She was able to give back. Later that night, it was perfect to still feel the misty reminder of our stormy day as I walked into the old Fetzer Valley Oaks wine center for dinner and saw a light shining a Fetzer 50th Anniversary sign. This wine center was now owned by a married couple with two small children who started making wines called Campovida.

The owners of Campovida, Gary and Anna, welcomed us into their “home” with a local musical band playing to honor Fetzer and to discuss how they are honored to continue their legacy. “We never planned to be in business together” said Anna, and continued saying that starting this winery with her husband did achieve their ultimate goal of creating, “A life that we could be proud of, that our children would be proud of and that would leave a legacy of beauty and kindness.”

A Company that Amplifies Kindness of Others 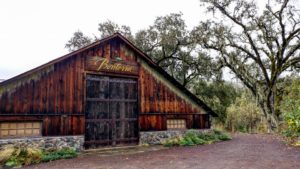 As I was transported into the Mendocino County wine world for a couple of days, finishing at the Bonterra Biodynamic McNab Ranch it was amazing how everything was in harmony with each other; the mountains, the streams, the manure we placed in cow horns that would eventually go into the vineyards, the mud that completely covered my shoes, the other local wine producers who shared their wines and told their stories, and that never-ending rain… it was all part of the harmony and ease of living for the betterment of all. At one point, we found ourselves outside with our wine glasses toasting the rain and surrendering to everything that was “authentic” in that moment. 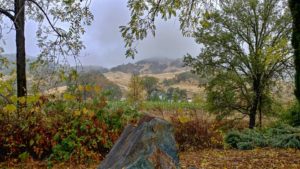 It is no secret that Fetzer/Bonterra is owned by a huge Chilean wine company called Concha y Toro (that shares the same environmentally friendly values) or that Fetzer makes more than 2 million cases of wine per year and Bonterra makes over 300,000 cases. Of course it should be considered that they make special, small production single vineyard wines as well. It is easy to get caught up in the numbers and just see a brand, BUT how else do we make significant change but on a large scale? What I saw in front of me that day was the Fetzer legacy taken to another level… all these people who worked there, neighboring farmers and/or producers, were dependent, one way or another, on this huge company to make it possible to have a roof over their heads and food on the table without compromising their desire to be kind to Mother Nature.

If giving a whole county the chance to maintain an ideal sustainability involving species of all kinds is not “authentic” then, my God, what is?

As we finished our toast in the rain, one of the wine producers went up to one of the women he knew who was pregnant and said, “I’m happy you are bringing a child into this world… because it means you have hope.” And in Mendocino County there was plenty of hope to be had.

***To Learn More about the Sustainability Achieves of Fetzer Click on the Below Links: 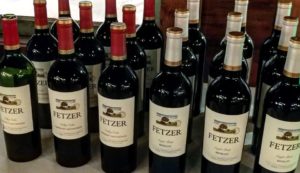 –2015 Fetzer, Valley Oaks Cabernet Sauvignon, California: Black berry, dried thyme. Mocha and hint of vanilla with a round body yet some structure to give it definition 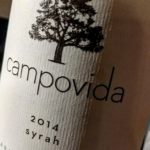 -2014 Campovida, Syrah, Mendocino: A real star of the night with deep, dark flavors of smoky espresso, black pepper and cocoa powder that was bold with its brawny structure and generous with big explosive flavors that were always kept in check with a backbone of lively acidity 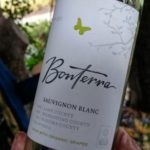 –2016 Bonterra, Chardonnay, Mendocino: Golden apple with cinnamon spice that had only a touch of creaminess on the palate to give it weight 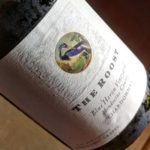 –2015 The Roost, Blue Heron Vineyard Chardonnay, Mendocino: More concentration and finesse which may seem like a contradiction but there seemed to be more lift while having richer and longer lasting flavors

–2015 Bonterra, Zinfandel, Mendocino: Stewed black cherries, broad body that had a pop of spice on the end

–2015 Bonterra, Merlot, California: Fresh blueberries, wild sage and some plush-ness on the body without being too heavy

–2013 The Butler, Butler Ranch Vineyard, Mendocino: Predominately Syrah with the addition of Mourvedre, Grenache and Zinfandel that had an intensely delicious smoky note, like BBQ, and black pepper with some volcanic ash on the long, powerful finish… part of our lunch after this tasting included a cherry cobbler that was made from cherries picked from old cherry trees on the Butler Ranch Vineyard 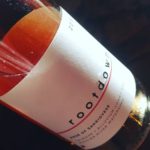 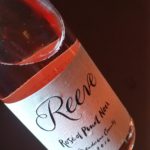 -2013 Trinafour Colombard: These vines were found among 10 acres of 70 year old red field blend varieties – total of 230 French Colombard vines – and had aromatics of peach, white pepper and an energetic linear body 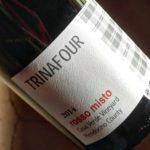 -2014 Trinafour Rosso Misto: A blend of Carignan, Grenache, Durif and unknown red variety in a field blend with flavors of black currants, red clay and a rich body

–2015 Campovida Viognier: Moderately aromatic with perfume and lots of mouthfeel with real viscosity to the body from lees stirring 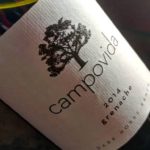 -2014 Campovida Grenache: An inviting wine with warm fruit flavors and round body that has the right amount of acidity