The Memories We Hold On To

Posted on June 1, 2017 by damewine
ShareTweet 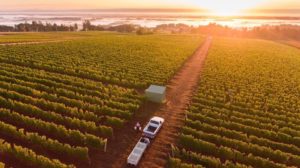 There are many memories that fill my heart from childhood… sitting at a festive holiday table… the warm hugs… the giggles… the touching moments of time spent with parents and grandparents that carve out images in my mind that would help to keep my inner light going in my darkest times. As I taste the wines from Brooks – whose story includes Pascal Brooks becoming the youngest winery owner, at the age of eight, when his father Jimi Brooks shockingly died of a heart attack in September of 2004 – I think about the memories that Pascal must hold on to, or Jimi’s sister Janie Brooks Heuck, who became the managing director of Brooks Winery, or his long-time friend Chris Williams who took over the winemaking duties, or even the Willamette Valley wine community, in Oregon, that helped to harvest Jimi’s grapes right after his passing, to make sure they could make a wine honoring his intended future.

Jimi Brooks seemed like a man who followed his passion… from traveling the world right after college, to learning about winemaking in Beaujolais, to coming back to Oregon to further his on-the-job winemaking education, to eventually starting his own winery in 1998. He devoted his life to holistic farming and finding the ideal ways to express Willamette Valley Riesling and Pinot Noir. Jimi started with biodynamic practices in 2002 and Brooks Winery was able to expand their property to 20 acres (8 hectares). Although Jimi and Pascal’s mother divorced, it was still vitally important that Pascal was a part of Jimi’s dream of making wine and to one day inherit the winery. 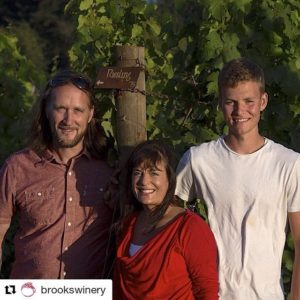 As Jimi’s sister made the long, emotional drive from her home in California to her brother’s home in Oregon, once learning of his untimely death, she never thought she would find 60 strangers in his house… there were around a dozen winemakers who drew up a list of who would take turns harvesting his fruit and processing it in his winery… they were going to keep his wine and his name alive. She decided to run the winery as managing director while one of Jimi’s friends, Chris Williams, who learned winemaking by working alongside Jimi, would become the winemaker.

Today, Brooks Winery makes 20 different Riesling and 14 different Pinot Noir wines every year – pretty crazy, but crazy good; crazy in the way that life, just like memories, is precious and something about the memory of Jimi inspires those close to him to live a life they couldn’t even conceive of… let alone go after. To this day, Jimi’s sister, Janie, commutes back and forth from California to Oregon to help run the winery and she has become an important voice in the Willamette Valley wine community.

Keeping the Light Going While Dealing with Loss

The memories that we hold dwell on shape us as human beings… my memories of having precious moments with family, my blood, were nothing more than the figment of my own imagination, as my biological parents were not capable of having proper relationships and each went down their own separate dark path. And so, it took a while for me to come to grips with that and to understand that those fantasies were simply my deepest heart’s desires for the future…family comes in many forms, and the most important thing is that we are truly connecting, sharing and open to loving while the details of how our DNA is related to others matters very little. 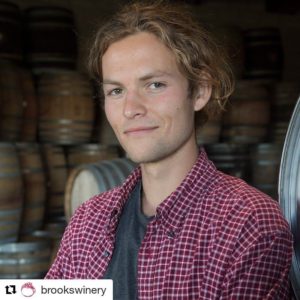 I think about Pascal Brooks, and although his situation is different, there is that same feeling of loss, of missing out on all those key shared moments with a father throughout his childhood… but there are the memories, the real memories in his case, of spending time with his father in the winery. I’m sure his aunt, their winemaker Chris Williams, Jimi’s friends and the Willamette community have shared their stories with Pascal over the years.

Looking at the Brooks website, I saw that Pascal had a blog that was last updated in 2015. At one point he says, “People continue the business because they want to and it is an incredible mark of pride to see it, knowing full well this is not my doing, but an intense debt with want to repay”. He is now twenty years old, trying to finish college and I’m sure also trying to find a sense of self… which is a journey that can seem endless. Although his father could not be there in the way that he intended, it seems that the best of him can still be felt in their vineyards, the winery, and in the hearts of all those who continue to fight to keep his dream alive. By his words, Pascal already seems like a thoughtful human being and perhaps that is due to the memories and stories he chooses to hold on to.

Many of the wines have the symbol of the ouroboros dragon on the label – Jimi Brooks had an ouroboros tattoo and used this icon on some of the labels of his wines. The ouroboros is an ancient symbol depicting a serpent or dragon eating its own tail and symbolizes rebirth, which is very fitting considering Jimi’s spirit lives on in a different way even after the death of his body.

All of the wines below are part of the Willamette Valley AVA, in Oregon, with the Sweet P Riesling coming from their estate vineyard having the more specific AVA of Eola-Amity Hills within Willamette. The Janus Pinot Noir always includes a dominant percentage of Eola-Amity AVA fruit in their barrel selection for the final blend. 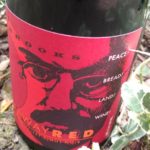 –2015 Runaway Red: A Pinot Noir wine with notes of flowers and sweet raspberries with a touch of dusty earth… soft body with gentle acidity. A delicious wine! 4,750 cases made.

The label bears the portrait of Leon Trotsky, a runaway from the Soviet Union and is reminiscent to Jimi having a runaway barrel, during his second harvest in 1999, roll down into a creek during the night – he was able to find the barrel completely intact the next day. 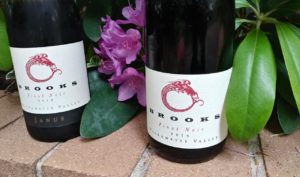 –2015 Willamette Valley Pinot Noir: More savory than Runaway with crumbly rock, cranberries and dried thyme on the finish… tighter tannins that give more shape… wild yet firm! 4,000 cases made.

–2014 Janus Pinot Noir:  A dark, brooding wine that kicks up the wild to another level… fresh meat, volcanic ash with dried cranberries all wrapped up in a fleshy body that has beautifully interwoven texture and a long, exciting finish with marked acidity. Wow! 1,650 cases made.

In Roman mythology, Janus is the God representing balance for new beginnings and endings, the future and the past, and the connecting doorways. Janus is their flagship Pinot Noir and the first wine Jimi started making in 1998. 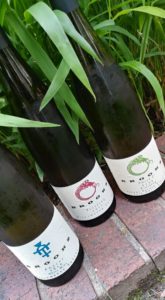 –2016 Amycas: 44% Riesling, 21% Muscat, 18% Pinot Blanc, 10% Gewürztraminer and 7% Pinot Gris. Lemon verbena with lychee and spice that has medium weight with a sexy perfume and a surprisingly zingy finish. 2,000 cases made.

Amycas is inspired by the noble blend wines found in Alsace, France.

–2015 Willamette Valley Riesling: A dry Riesling that has an intense, flinty minerality note that I love, with hints of chalky soil, white peach and orange blossom… sip it slowly and you will see it evolve in the glass over 30 minutes. An elegant wine. 1,000 cases made.

–2016 Sweet P Riesling: This wine has 36 g/l residual sugar and is considered a medium sweet Riesling. It is from Brooks’ estate vineyard, planted in 1974, and it is the last fruit to go into their winery. Noble rot is welcomed in this plot as the partial shriveling of the fruit helps to intensify the sugars. Flavors of peach pie and apricot jam are the first to hit the palate, and that smoky volcanic note, as experienced in the Janus Pinot Noir, comes in on the finish… as the wine opened up, there was lemon peel, kaffir lime leaf and dried flowers with sweet spice. This wine has more flesh on the body, although it still has marked acidity and seems more off-dry than medium-dry to me… which I prefer… and so a great example that you cannot always go by numbers. Brilliantly balanced. Only 500 cases made.