Keeping Vitality in Soil & in Our Soul with Wines from Spain

Posted on March 6, 2017 by damewine
ShareTweet

“I would like to point out the issue of vitality of the soil because usually the person who speaks about terroir does not think about the life of the soil.” 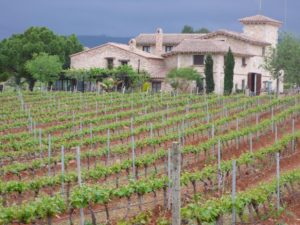 This quote got me thinking about how many of us were taught that stress, rough times builds character… just like some of us learn that vines need a certain amount of stress in the vineyards for high quality wine. Well, as countless many of us can attest to, sometimes life can offer too much stress, too much pressure and when the rug is pulled out from under us, if we are already on the borderline of just holding on, we break. It takes time to put back the pieces, and we are never the same, although that is not necessarily a bad thing. We do grow, evolve, and become more complex, interesting creatures from those viciously rough times in our lives. But there comes a time when we get to the point in our journey that we want to stop spending so much time doing damage control and more time just simply enjoying life. 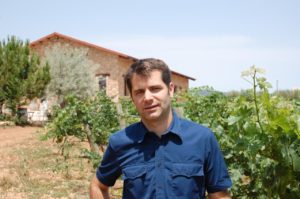 The above quote is from consultant winemaker Mario Malafosse. We have been in contact with each other 21 months – just 3 months shy of two years. He wrote to me about one project in particular with Bodegas Barón d’Alba located in the Castellón province of the central section of eastern Spain. Since their wines are not available in the US, it not only took time for them to ship wines from their winery, during ideal climate conditions, but it also took time to hold an interview over exchanged messages. As many of you know, working in the wine world demands long, intense hours with little financial compensation – yet life is enormously enhanced by connecting with people from around the world – we are the artists of the beverage industry. And so when Mario was ready for the interview, I was overwhelmed with work, and when I was ready… well you get the picture… but eventually it worked out.

It is not typical for me to do an interview in such a manner… actually this is the first time I have ever conducted a ‘conversation’ purely over messages. But Mario’s passion and emotional investment in this project was evident from his words… I was intrigued over time and hence I was driven to know more and ultimately to share what I had experienced from our direct messaging conversations. 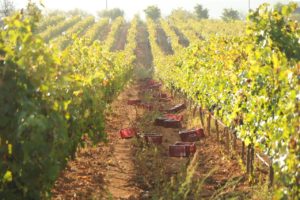 The ‘project’ Barón d’Alba started in 2001 with the planting of 37 acres (15 hectares) of vineyards with Macabeo, Cabernet Sauvignon, Garnacha, Merlot, Monastrell, Syrah and Tempranillo, with the idea of finding the greatest expression of these varieties planted in this ancient wine growing area in Spain that had become a neglected and forgotten land. Barón d’Alba built a winery in the middle of their vineyards and called it Clos d’Esgarracordes, meaning ‘the rope broker’ – a name that honors the previous owner of the land who was responsible for sounding the local church bells and broke tons of ropes, due to his strength, in the process of ringing them.  Mario started working as a consultant winemaker with the winery of Clos d’Esgarracordes in 2011 and feels that the work that they are doing to combat the desertification (the process by which fertile land becomes desert) of this land, a significant issue in Spain, is integral to keeping vitality in the soil.

When we think of our own body, mind and spirit – keeping the vitality of ourselves going – many times it is the first thing we give up as an adult. As a child we are taught to have discipline, to give to others, to work hard, that life isn’t fair and we experience first hand from those long-lived adults that surround us, who have had the glimmer fade from their eyes, that life can take the best of us. I don’t think it is the hard work, being generous or losing out on the superficial titles and accolades of life that takes its toll… it is the chipping away by unkind words, sour looks and thoughtless acts of others – and as a good person, we mistakenly think that we have to take this intense stress of being stripped of our humanity with an open heart. We lose the nutriment of our inner fire and we start to dry out, the structure of our character alters forming an apathetic being that was once passionate, loving, and filled with joy.

“I think that desertification of agricultural land would be the next very important issue that humanity has to think about. In general, we observe that a big part of agricultural lands are in process of desertification. It means they are loosing an important part of live organism, loosing structure and they transform themselves in inert and desert land. In a climate dry and with hot temperatures, like Spanish climate, the desertification issue is even more important, the lands are more delicate.” – Mario Malafosse 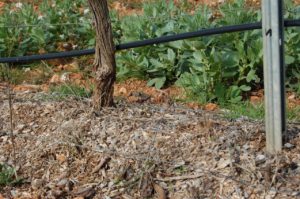 Mario expressed the idea of finding a balanced water and nutrition regime that encourages grapes to mature slowly, leading to more flavors. They have been experimenting with vegetation between the vineyard rows (cover crops) as well as using sawdust and wood chippings packed around the base of the vines to act as mulch to retain moisture in their arid climate. And most importantly, it keeps the original integrity of the soil intact.

When I asked Mario what the most important aspects he tries to achieve with his wines are, his response was profound, “the quality of the wine is defined by its capacity to teach, to surprise and to bring emotion to the person who drinks it”. It was the same answer I would give if someone asked me the most important aspects I want to experience from those people that I meet. I want to encounter people with vitality, and most importantly, I would like to give them the feeling of vitality when they encounter me. For all of us, it is a journey of finding what adds nourishment to our existence and what takes it away… we can’t change everything in our life yet we can always give ourselves permission to step away from an unnecessarily draining situation to recharge our batteries, so that we may have our vitality sparkle in our eyes until our last breath. 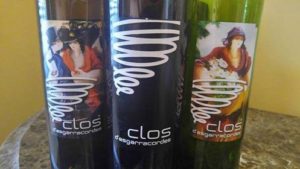 I had to ask Mario about the labels with the swirl on it. He said the swirl represented a grape bunch, which makes sense… but there was the added association of it looking like a rope that was swirled around so that it would also refer to the previous owner “d’esgarracordes” aka “the rope breaker” who the wines/winery are named after.

Also, I was impressed by the balance of the wines – they had bright acidity and solid structure with ripe, lush fruit.

–2013 Bodegas Barón d’Alba, Clos d’Esgarracordes, Tinto “Barrica”, Castellón, Spain: A red blend made from Tempranillo, Garnacha, Monastrell and Merlot with vivid blueberry and wild strawberries that has sweet tannins and a hint of spice.

Celebrating Wine, Life and Inspiring Colorful People in New York City and Beyond!
View all posts by damewine →
This entry was posted in Dame Wine and tagged Castellón, Clos d’Esgarracordes, Spain, Vitality. Bookmark the permalink.