Riesling: The Things that Rock Our World are Beyond Our Imagination

Posted on February 17, 2017 by damewine
ShareTweet

Around a month ago, I participated in a virtual tasting on Twitter with #winestudio revolving around German Rieslings. I had heard from other bloggers, wine writers and wine lovers about these virtual tastings, that are usually every Tuesday between 9-10pm EST, and how informative and fun these #winestudio sessions tended to be. And so, I was able to join in on one… I would like to participate more often, but travel and trying to keep up with work and life has prevented me from doing so… but I’m hopeful that I will join in on the #winestudio fun again soon. 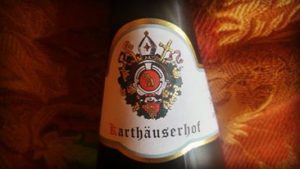 The topic of this tasting was the wines of Karthäuserhof , located in the Mosel region of Germany. I was sent the 2009 Karthäuserhofberg Riesling Grosses Gewächs (GG) (their top-level dry ‘trocken’ Riesling) as well as the 2015 Karthäuserhof Riesling Ruwer, to taste and to discuss during this #winestudio session. Karthäuserhof is an interesting producer not only because of its sustainable practices of avoiding pesticides in its vineyards and focusing on finding natural harmony with their vines, but they have a great reputation among hard core German Riesling wine experts as producing the best dry Rieslings in the Mosel.

Although there are some Riesling wine lovers, such as expert John Winthrop Haeger, who know the pure joy of dry Riesling, many think of it as a sweet wine. This causes issues on both sides, either for those who do not like any amount of sweetness in their wine – despite many of these ‘sweet’ wines seeming dry due to large amounts of acidity, or the others who love sweet Riesling and may be taken aback by the dry version which gives a different expression of this noble white variety.

No one will argue, okay maybe some will, that Germany is Riesling’s classic home. This does not mean there are not wonderful expressions of this variety around the world, but it simply implies that Riesling originated in this country, and yes, it was the first to be given international acclaim for their premium wines.

The Mosel (aka Mosel-Saar-Ruwer) is the most well-known wine region in Germany, and interestingly enough, considering Karthäuserhof’s strength with dry wines, has made a reputation as a wine region that makes lower alcohol (typically ranging from 8 to 10% abv), off-dry wines with a substantial amount of residual sugar. They were really the first off-dry wines in the world (not dry nor sweet) to be revered as premium and fine wines. Whereas the Rheingau region of Germany has, in modern times, carved a name for itself with great dry Rieslings, some Mosel producers have been criticized for making a dry style. I feel this is not only due to their being traditionally associated with the legendary off-dry Riesling wines, but because many of the vineyards in the Mosel could not achieve the ripeness needed to make an outstanding dry wine. 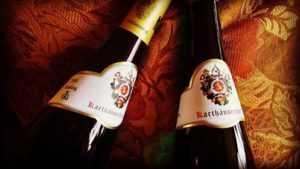 This is where Karthäuserhof impresses. Yes, they make lovely off-dry libations such as the 2015 Karthäuserhof Riesling Ruwer, but if you want to know a side of Riesling that very few have experienced, I would try to hunt down their seemingly dry Grosses Gewächs (top growth) wines such as the 2009 Karthäuserhofberg Riesling Grosses Gewächs that I previously mentioned. It had that intense slate minerality that is a signature note of the best wines from the region, as well as being elegant and delicate yet decadent and provokingly mysterious. 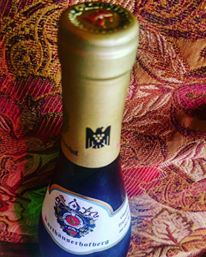 A Grosses Gewächs of this stunning quality could easily evolve for over 20 years, and in some cases, these beauties can last a lot longer as Riesling is known as one of the longest lived wines that make liquid gold old bones.

Don’t Know What You Need Until You’ve Had It

It is a natural tendency to want to move towards the things that seem to suit us and move away from those things that fall outside our comfort zone. It is like falling in love, or even better, finding someone to share our life with… sometimes that person who doesn’t have any of our “check boxes” filled is exactly the person who will challenge us in the ways we need to be challenged and help us to live a much more fulfilling life.

It is the same for wine. If we don’t realize that Riesling is just a general title that is not capable of truly expressing the complete range of flavors, textures, weights and dimensional qualities it encompasses then we miss out on something that could have been pretty special. If we get stuck in the mind set that the Mosel should only produce off-dry wines, leaving the dry styles to regions like the Rheingau, then we miss out big time, and possibly miss out of one of the most memorable wines of our lives.

***To learn more about this #winestudio session, as well as the subsequent German sessions that I missed, here’s a link to a post by fellow blogger Dallas Wine Chick, ‘Deciphering the German Riesling Puzzle and Why You Should’

–2015 Karthäuserhof Riesling Ruwer, Mosel, Germany: 10% abv and 41.5g/l residual sugar. This off-dry wine is so pretty that it hurts. Pristine nose of white lilies and acacia with juicy white peach on the palate and a hint of stony minerality on the finish. Why does it hurt? Because it is so damn pretty the bottle won’t last long!

–2009 Karthäuserhofberg Riesling Grosses Gewächs, Mosel, Germany: 12.5% abv and 7.4g/l residual sugar. I refer to this wine as ‘seemingly dry’ because although it does have a tiny amount of residual sugar, the high amount of acidity makes it a dry wine because it tastes dry. Actually, if there were no residual sugar, the wine would have been off balanced instead of perfectly exquisite. A single vineyard Grosses Gewächs (top-level dry ‘trocken’ Riesling) from the Mosel region of Germany. An excellent vintage for richness which is shown in the broad, rich body yet it is nimble and energetic with mouthwatering acidity that is lifted by the exhilarating flavors of lemon peel, blood orange and slate-y goodness throughout the long, laser-like finish.

Legend of the labels: Even though unconfirmed, the legend goes that a previous steward of the estate had an affair with a woman who lived near by. They would frolic around the river by both their homes and he would place the bottles in the water to keep cool. As one would guess, the river would wash away the labels. After the gentleman’s wife asked him why she found some of their labels in the river, he decided to change the location of the labels to the neck of the bottles, which allowed them to stay put as they were cooling in the river. And so, since tradition is tradition, the family kept it that way. Well, I must say, it is very convenient to chill these bottles in an ice bucket as the labels stay intact. This is especially true considering the fact that I used my Coravin to sample the 2009 Grosses Gewächs as I know it will only get more amazing with time.

Celebrating Wine, Life and Inspiring Colorful People in New York City and Beyond!
View all posts by damewine →
This entry was posted in Dame Wine and tagged Germany, Mosel, Riesling. Bookmark the permalink.