Individuality or Conformity: Which is the Nobler Path?

Posted on October 13, 2015 by damewine
ShareTweet 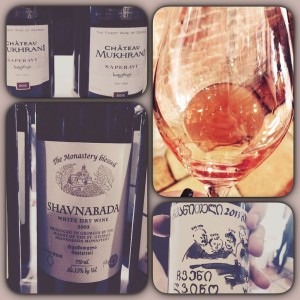 As I tasted a fruit-forward, easy drinking Saperavi red wine from Georgia in downtown Manhattan last week, I thought to myself, “they could sell this wine to anyone.”
The gracious lady who was a representative for the distributor told me it could be sold to Zinfandel lovers who wanted something different, and the proof of her statement
was certainly in the glass.

As a wine nerd, I did not expect to taste wines with such a broad appeal at a Georgia wine tasting. I was looking for the “orange” wines, nicknamed for their color, that are fermented on their skins in a qvevri (a large clay vessel) creating white wines that have the structure of a red wine, and they have smells and flavors that one may have never experienced before in a beverage. They can be quite thrilling when you are “used to them”, so to speak, but can be a shock to most uninitiated wine drinkers. It was interesting to overhear different remarks from various people at this wine trade tasting: some were happy with the conformity of style while others criticized it for being too generic.

Some think of “conformity” as a bad word. But why is it bad to have knowledge of what your target market wants, and act on that knowledge? Well, I know, because people think their motives are purely associated with money. 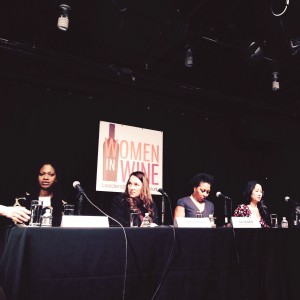 Conformity as the Nobler Path, or at least not too much Individuality

This very subject was talked about during the Women in Wine Leadership Symposium last week. Jeanine Prime, PhD, Senior Vice President of Catalyst, spoke about her research in helping organizations create more inclusive workplaces. The focus of many of these studies was based on creating a more inclusive environment for women and for different races. She said that uniqueness of an individual and a distinct point of view typically made a team stronger, but the flip side is that too much focus on unique traits may be detrimental for a team.

Considering the above information, one may argue that Georgia wines that express some of their history, such as using native varieties, but are made using modern methods (which produces familiar flavors) would be in the best interest of the future of Georgia wines, since they show individuality but not too much. 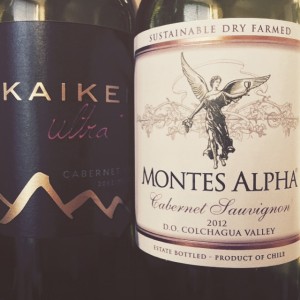 It is interesting how, at one time, biodynamic, organic or even sustainable were only practiced by outsiders, those who broke from the group to stand out with their individualistic voice.

When I think about wines, Kaiken Ultra and Montes Alpha Cabernet Sauvignon, such as samples I was sent a few weeks ago, I think of the choices these wineries have made to possibly conform to current trends. These two sibling wineries across the Andes Mountains, the former from Argentina and the latter from Chile, are examples of marketing themselves as being environmentally conscious: Kaiken being 1/3 biodynamic and Montes practicing sustainable dry farming. Yes, recent conformity may be based on real beliefs that were not implemented at one time because they did not have a target market that would pay a higher price that is necessary for such environmentally sound upgrades.

We are living in interesting times where even the fantastical practices of biodynamics are becoming more mainstream in their appeal. When Joly started to change his vineyards over to biodynamic systems in Savennières, Loire Valley, he was seen as a mad man when he first started – okay, maybe there are still a lot of people who think he is odd, the man does have a few strong political views.

When Conformity and Individuality do not Work Together

Many of us can agree that it is a good thing that sustainable, more organic practices, are becoming trendier with the new generation of wine drinkers. But the marketing is only clear when it is prominently displayed on the front label. That means they need to be certified which costs a significant amount of money. Also, some agrochemicals that are relatively harmless, when used in the proper amount and during the proper time, may be needed in certain areas of the world.

I think we can all agree that no one wants to take away the current popularity of organic wines, but this popularity has made it difficult for those who have “borderline” practices, mostly organic, to survive – they have become the new individualistic producers trying to survive in an official organically labeled world. Also, it is interesting to note that the Kaiken Ultra does not place anything about their biodynamic efforts on their wine label.

Back to Georgia Wines

If I have to guess what most lovers of Georgia wines fear, or any wine region with a long wine history, is the possibility that those ancient practices that create such rare wines will become extinct.

Conversely, the world is changing, and unless some traditional regions establish strong export markets, they risk many of their own people abandoning wine making professionally since it cannot support a family.

“The privilege of a lifetime is being who you are.” – Joseph Campbell

It is truly a privilege to be in a position where you can be true to yourself. The reality of our world is that there are some people who are more privileged than others, as when someone is just getting by, it is not even something they can contemplate. Whether we are owners, bosses or worker bees, it seems each day we have choices whether we want to move closer to conformity or individuality, and depending on our situation, is dependent on if one or the other will lead us to a nobler path.

-2012 Montes Alpha Cabernet Sauvignon, Colchagua Valley, Chile:               (90% Cabernet Sauvignon & 10% Merlot) not too herbaceous, interesting gravelly & leather notes, a hint of mint that brightens the nose and nice flesh with textural contrast with firm tannins, and around the same price point as the above wine but is more for the consumer who likes tension over fruit USD$16 price (Sample)

-2013 Soliko Tsaishvili’s Our Wine Rkatsiteli (traditional style):                  made in small quantities – only 13.5 acres (5. 5 hectares) that were farmed under biodynamics – spent 6 months in qvevri after spontaneous fermentation – this wine has wine geek written all over it (I am a proud wine geek myself) with notes of sea urchin and smoky tea notes finishing with a zesty tang – very exciting

Celebrating Wine, Life and Inspiring Colorful People in New York City and Beyond!
View all posts by damewine →
This entry was posted in Dame Wine and tagged Argentina, Chile, Georgia, Organic, Women in Wine Leadership Symposium. Bookmark the permalink.